The fourth round of the 2017 South-African ORE national championship was held at Krugersdorp Model Racers at the Key West Track over weekend 02 and 03 September 2017. Controlled practise was held on Thursday and Friday with great spring weather and good track conditions ensuring a fast pace for all drivers. The 2002 IFMAR Worlds track had a resurface repair and all the contenders used the two months leading up to the event for good practise with club events, practise days and a pre-national event hosted at the track. The good preparation ensured that the event will be a demanding and a close affair.

The touring modified drivers are really focussed on improving all the time with the 2018 IFMAR Worlds in South Africa on the horizon. It was clear from the events and practise leading up to the event that Anderton Smith and Hein Kotze were the drivers to beat for this nationals. The controlled practise showed however that the Liebenberg brothers, Jason Hillcoat, Antonio Caroli, Ashley Hurley, Willem Janse van Rensburg and Wouter Ferreira would also be there to compete for the podium. Anderton Smith dominated the qualifying sessions by securing TQ with great runs in the first three rounds. It was Hein Kotze who secured 2nd spot on the grid with Antonio Caroli starting from 3rd. During A1 Anderton Smith ran a strong race from the TQ spot to win and after Hein Kotze made a mistake Antonio Caroli and Jason Hillcoat finished 2nd and 3rd. In A2 Anderton made a mistake and the fast Hein Kotze took a great win. In A3 Anderton Smith again showed his great pace by winning the final main followed by his Xray team mates Hein Kotze and Antonio Caroli. This win for Anderton Smith and 2nd place for Hein Kotze resulted in Hein Kotze winning the national title for 2017. 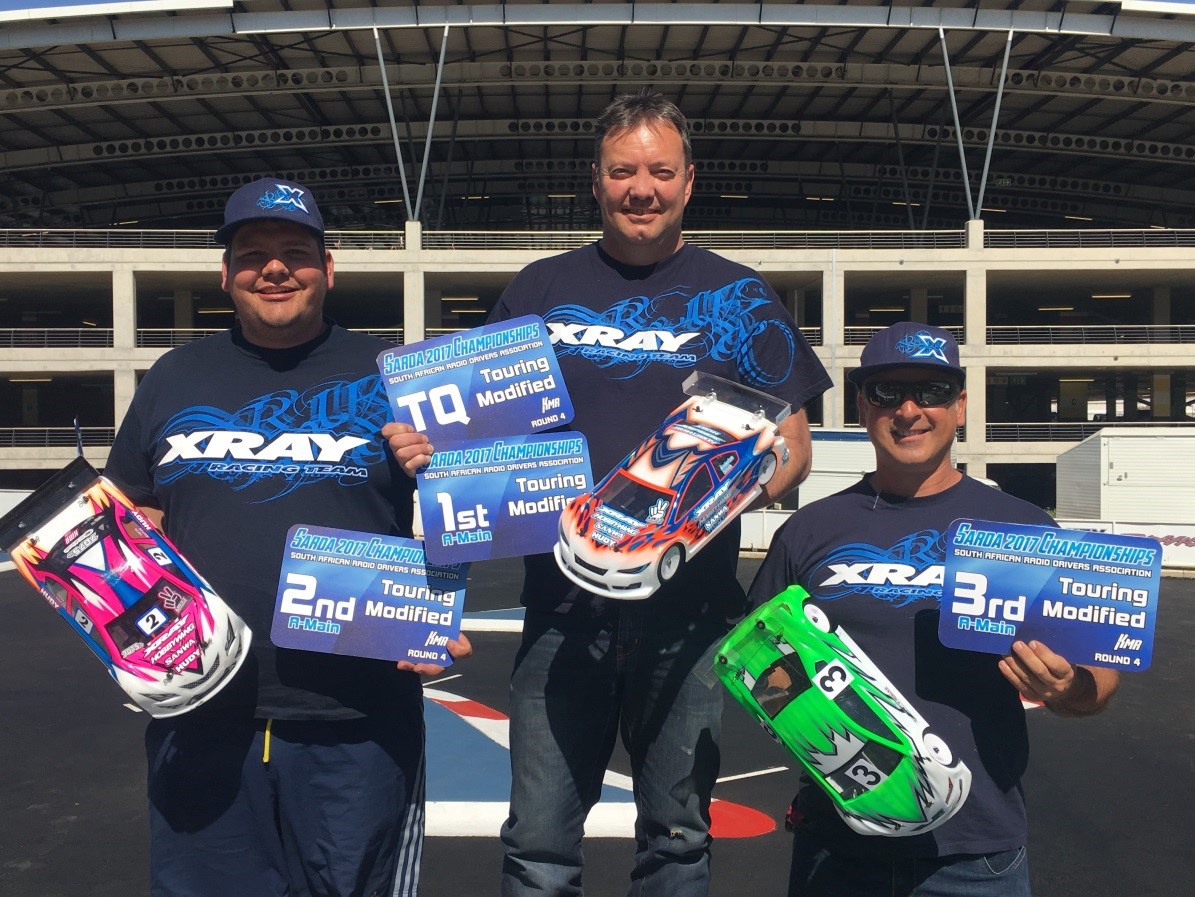 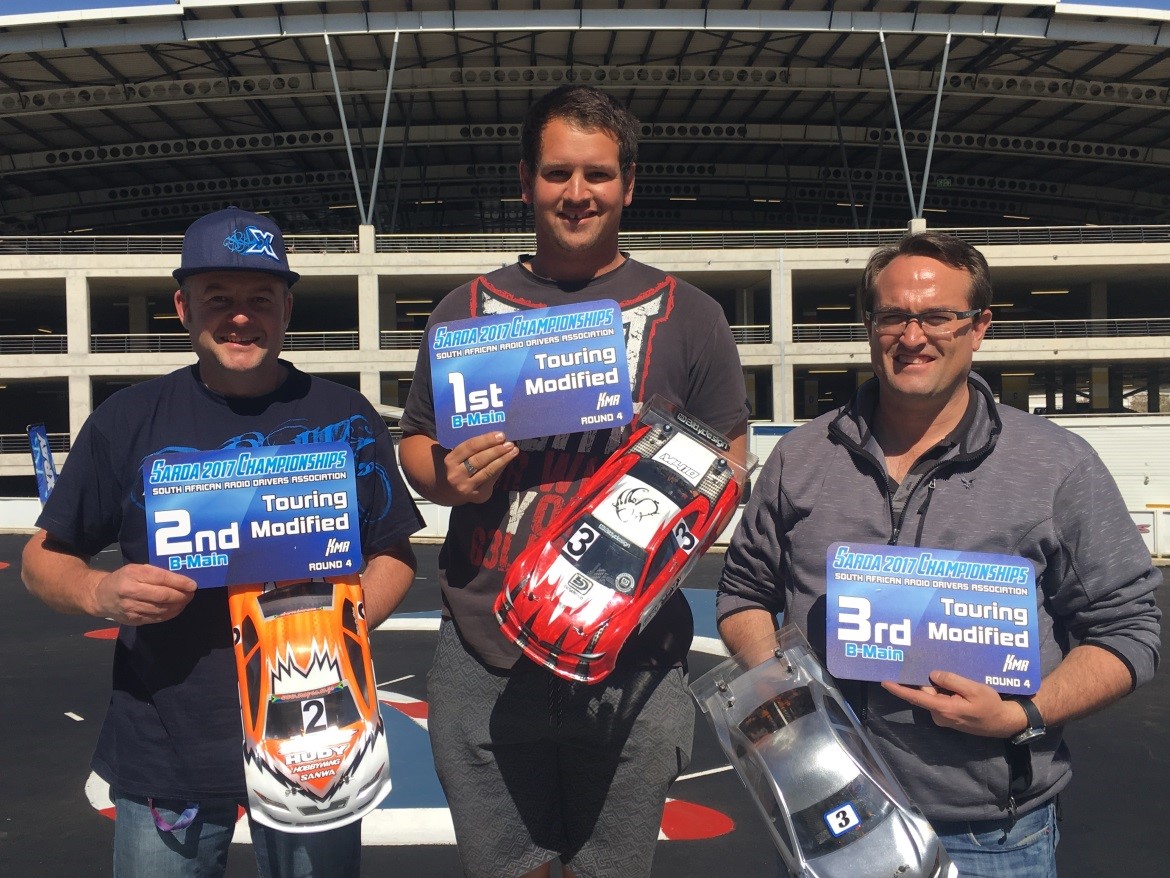 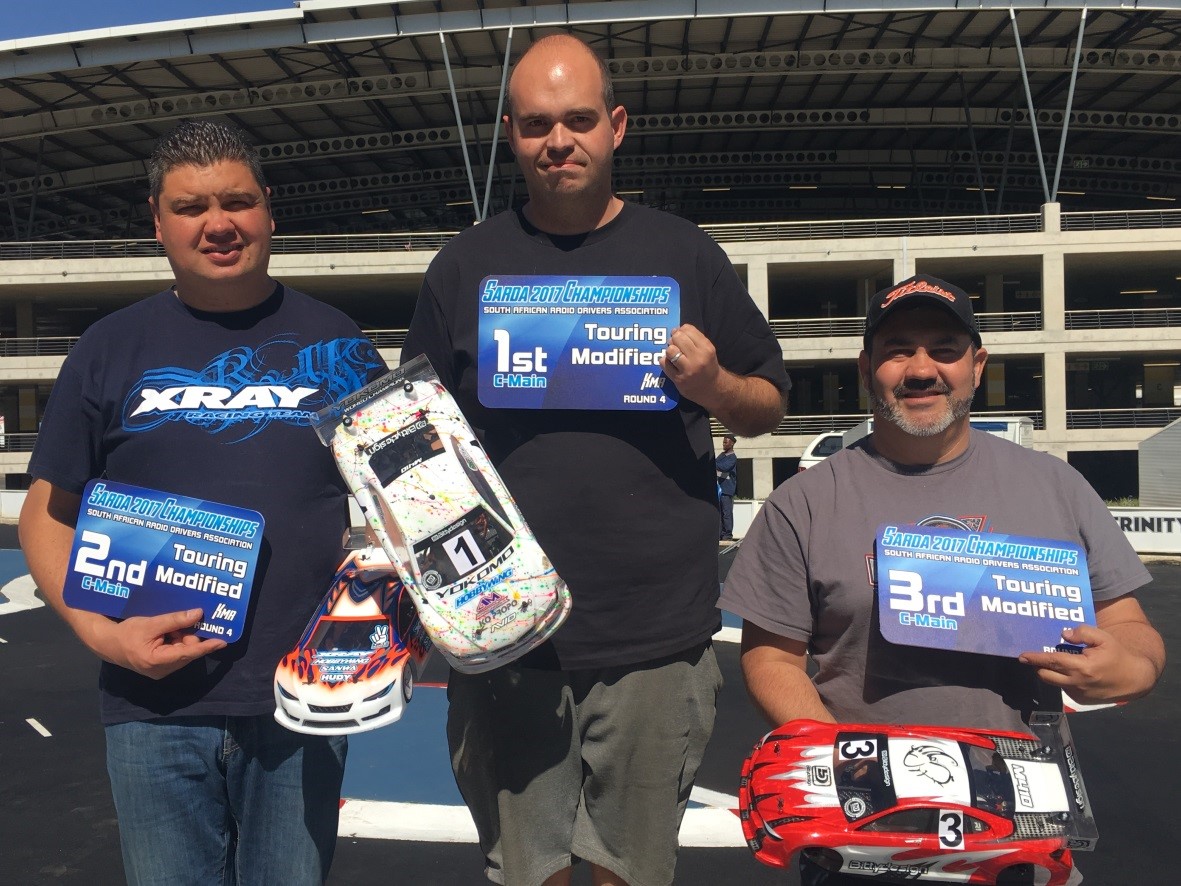 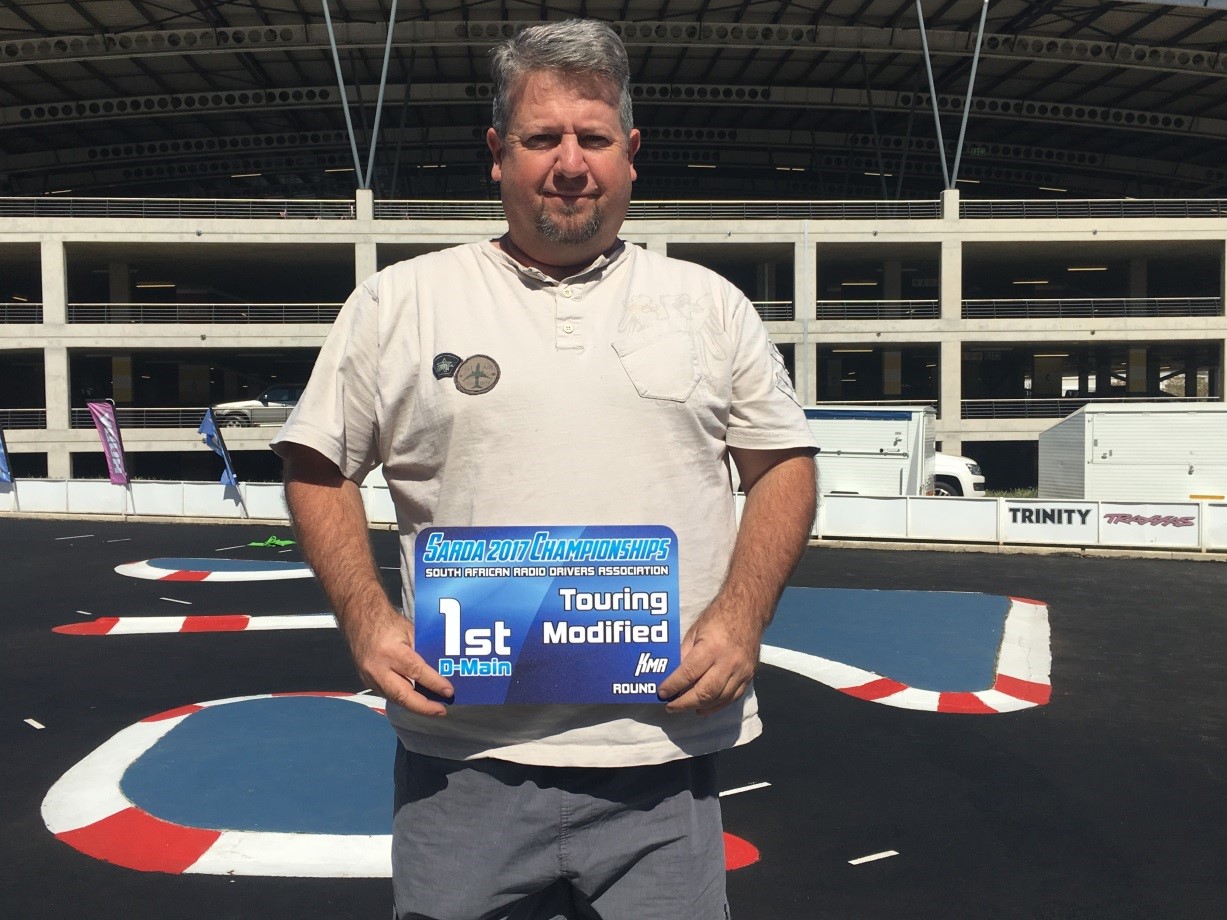 The Pro-stock class was setup for the taking with the 2017 champion Jonathan Wilken not racing. It was his brother Tyronne Wilken who had great practise sessions and qualifying runs who took the TQ spot with his Yokomo. It was Gunther Cornelius who managed the 2nd spot on the grid with Jean Wessels starting from third. During the three finals John Fitzimmons and Christo Hitchins showed great pace but the front row drivers eventually finished as the started with Tyronne Wilken winning the event, Gunther Cornelius achieving second place and Jean Wessels completing the podium. 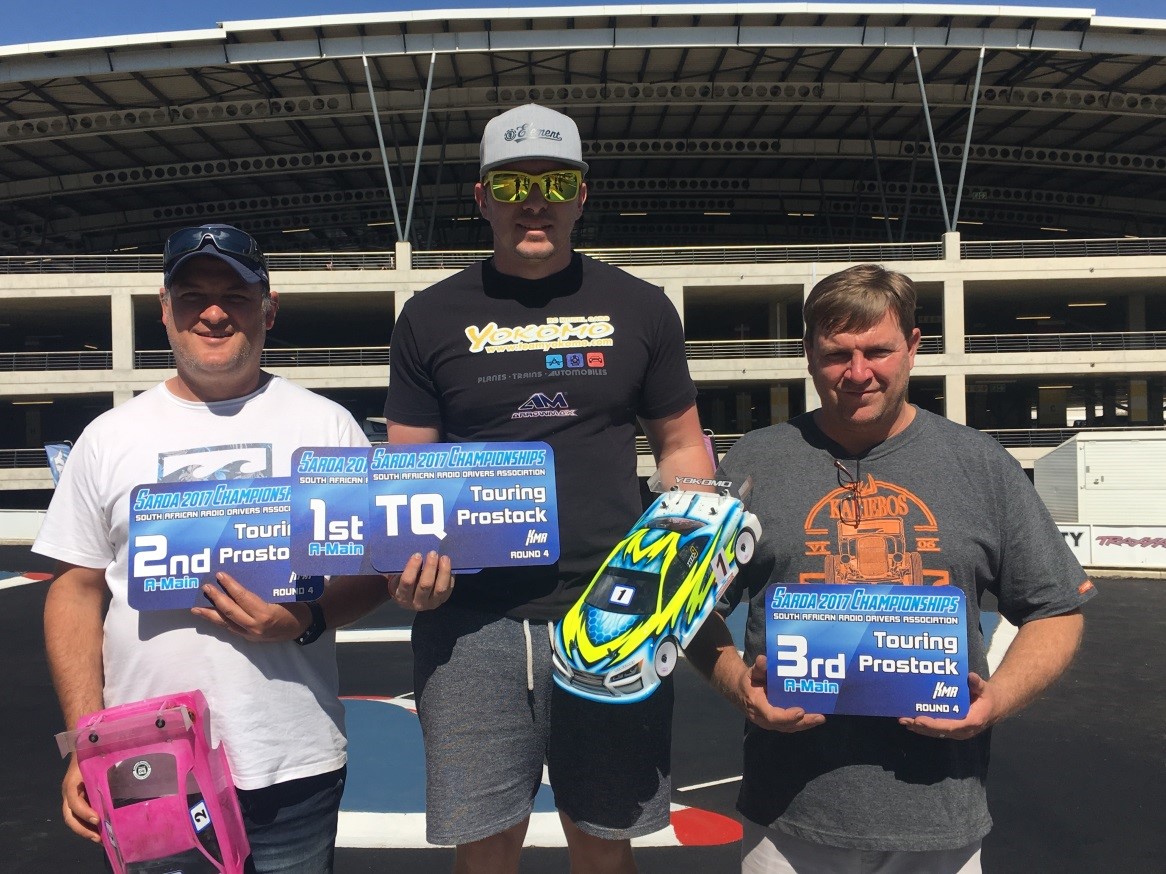 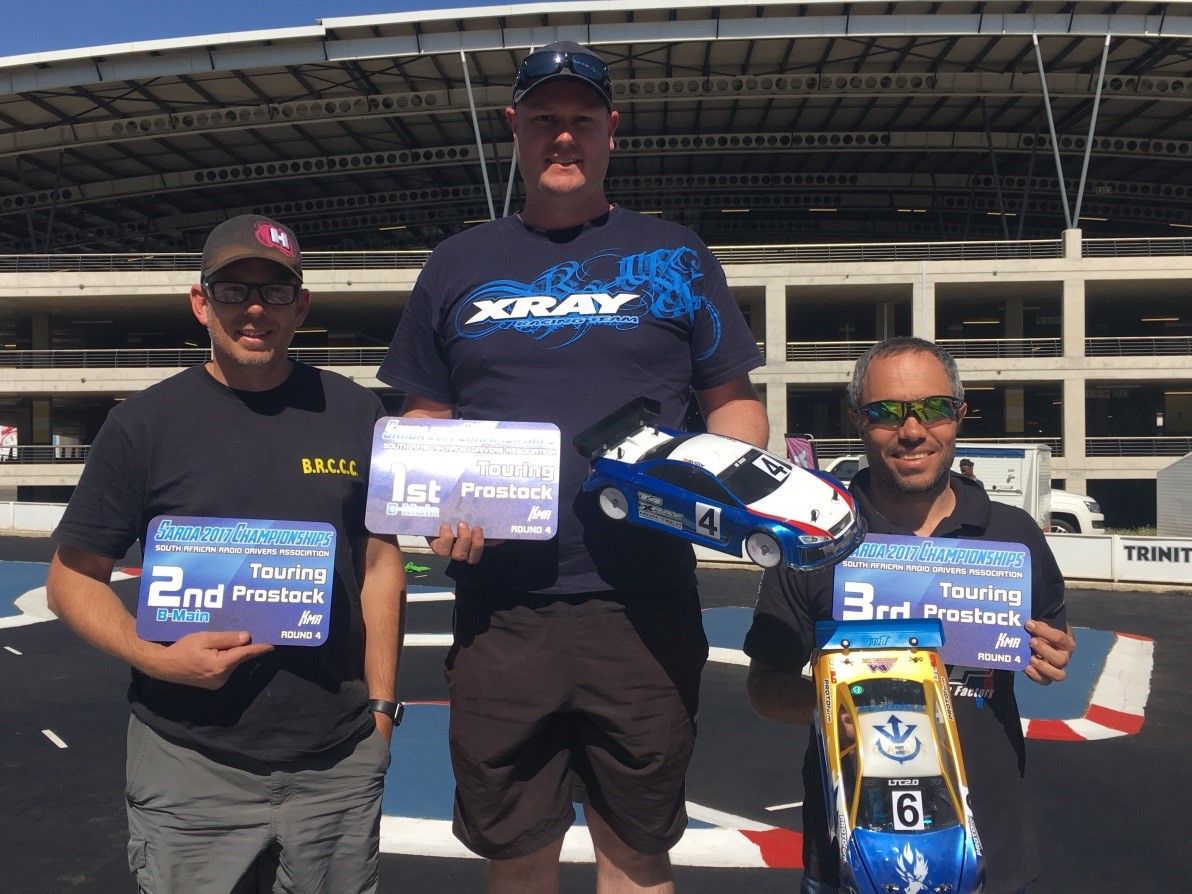 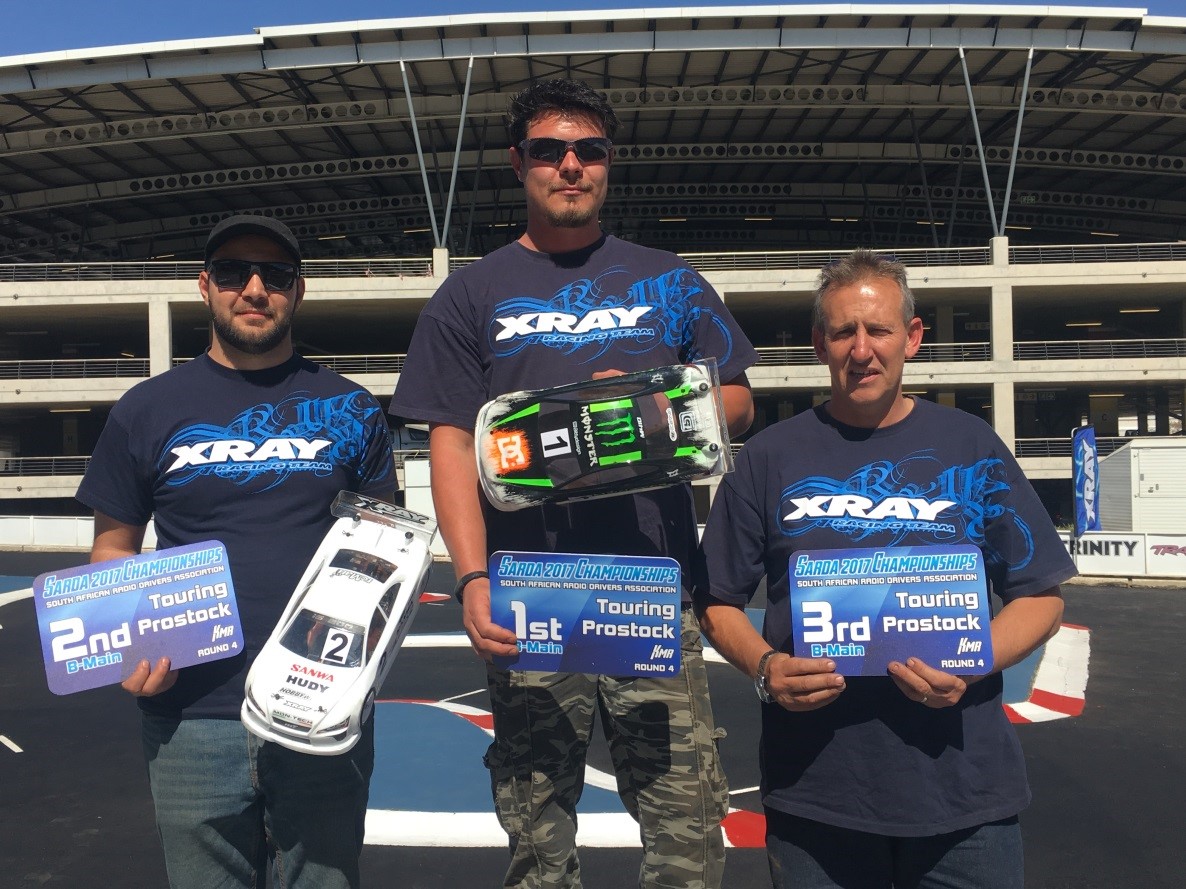 The F1 championship is still a great contest for 2017 and the drivers had to work hard to get a good setup on the challenging track. Jonathan Wilken was leading the championship coming into the event but he is challenged strongly by his brother Tyronne Wilken and by his Xray team mate Pedro de Gouveia. It was Pedro who drove consistent qualifying races to take TQ with Jonathan Wilken starting form the second spot. The young Nico Kellerman also drove well and managed to qualify in the 3rd position. After great racing in the three mains Pedro managed to end a perfect weekend with a win with Jonathan clinging onto second place and Tyronne Wilken managed to take the last podium spot away from Nico Kellerman. The TQ and win for Pedro means that he and Jonathan are tied on points with one event remaining with Tyronne trailing by only 5 points. 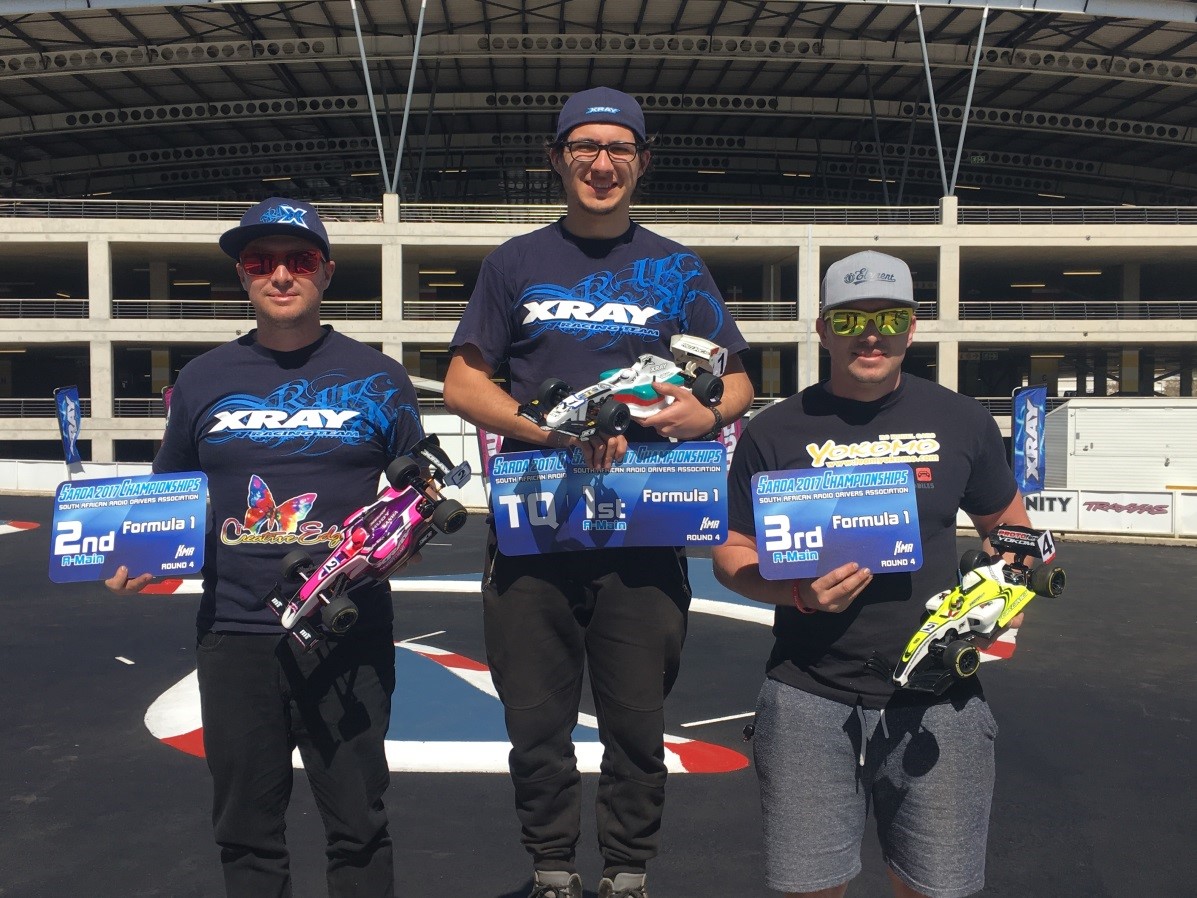 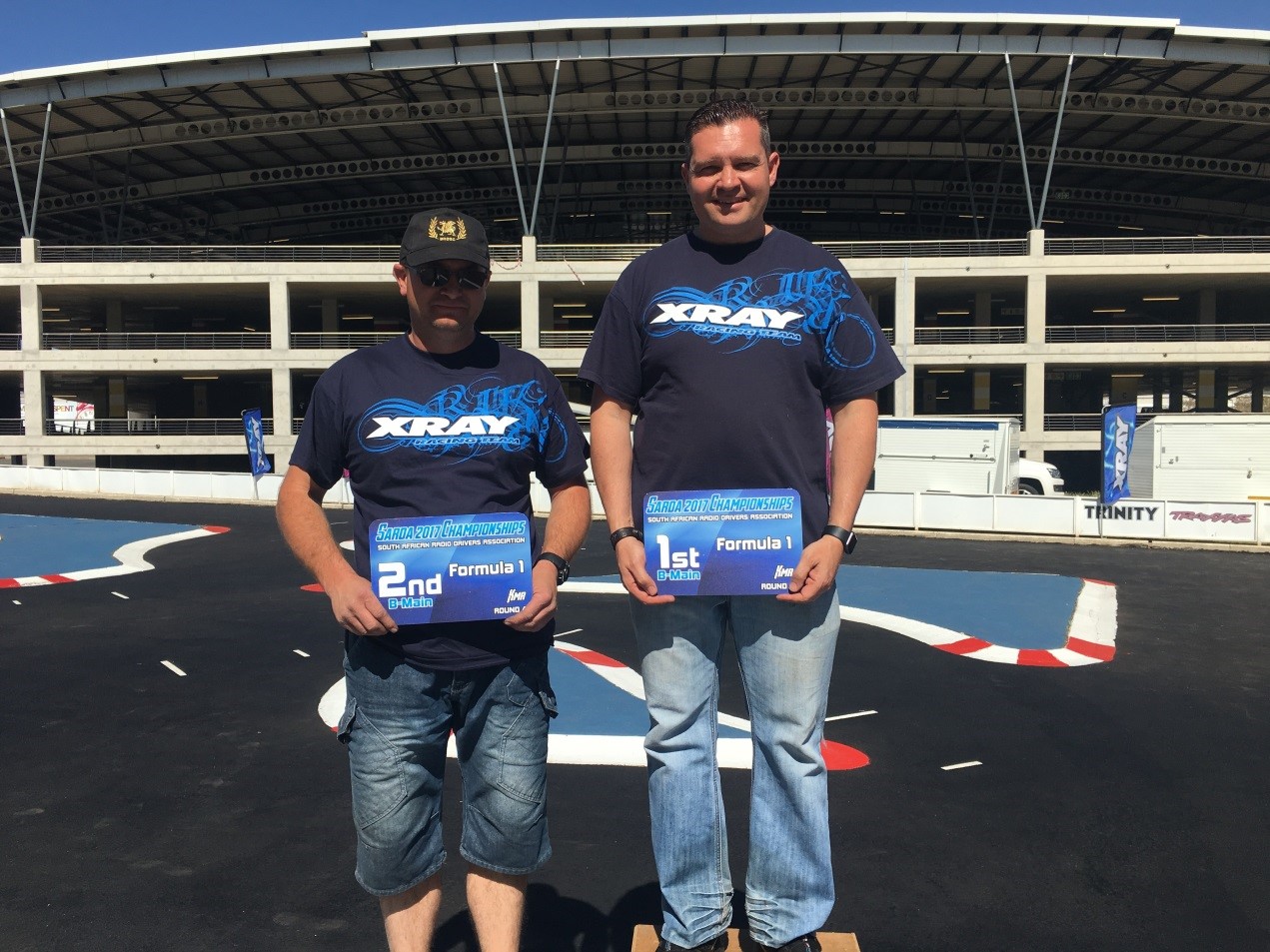 In the FWD class it was the young drivers who showed the way around the track with Nico Kellerman securing TQ and the ‘older generation’ Fanie Viljoen Snr and Paul van der Westhuizen securing no 2 and 3 on the starting grid. Nico continued his good form to secure a great win. After some good racing down the field it was eventually Tristan Joubert and Sarel Pretorius who completed the podium. 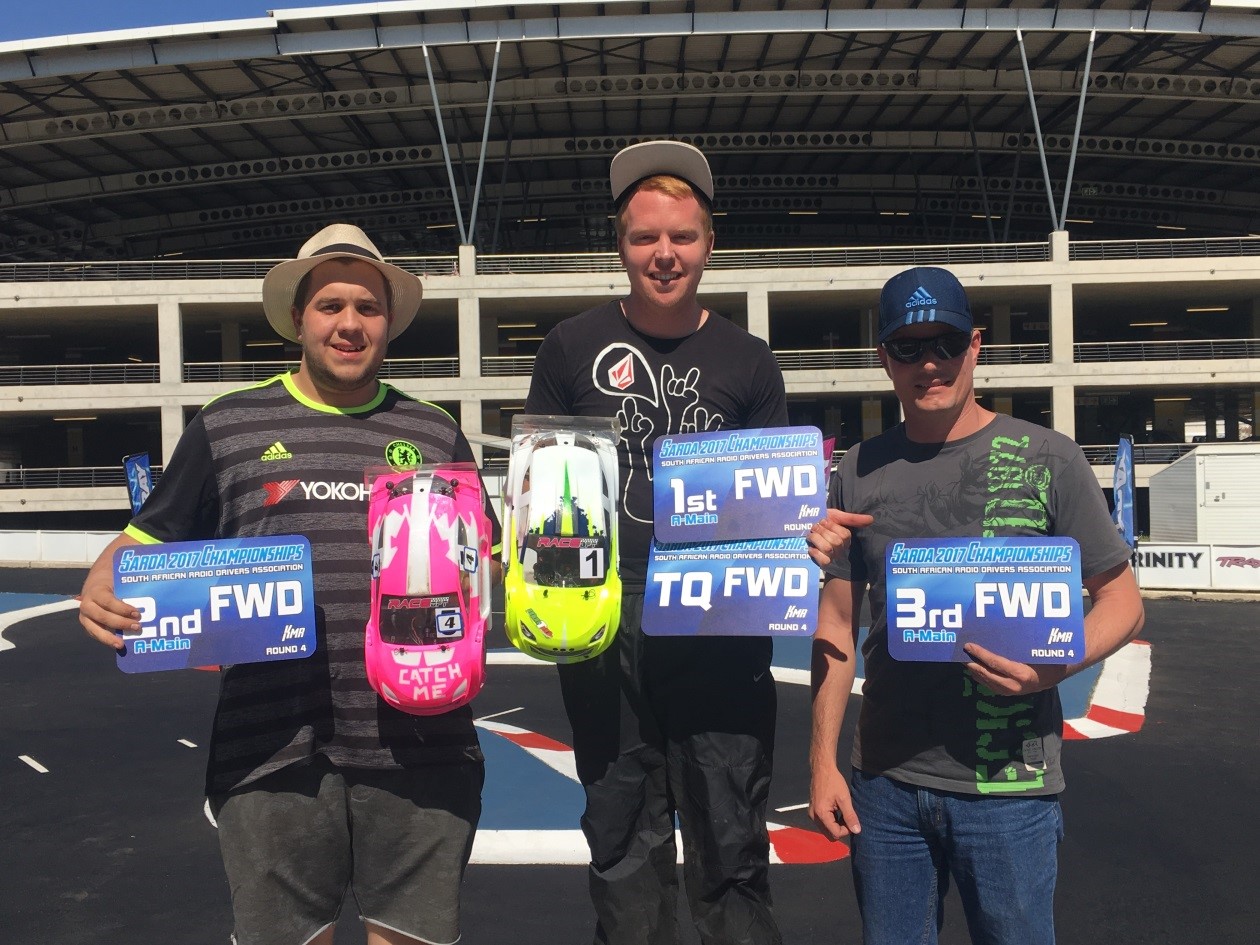