The third round of the 2017 South-African ORE national championship moved to TRAP RC Venue in Pretoria over weekend 01 and 02 July 2017. Free practise was held on Thursday and Friday with good winter weather in the Gauteng Province meeting the drivers. The club did some good repair work on the track and a fast track with some technical sections proved demanding for most drivers.

The strong 2017 touring modified class was represented by all the top and new drivers in South Africa and they pushed hard during the practise rounds and qualifying to achieve the best performance with their cars. During the practise rounds the local Liebenberg brothers showed great pace with their Capricorns and the Xray team mates Anderton Smith, Hein Kotze, Shaun Schutte, Antonio Caroli and Ashley Hurley also had great practise sessions. On Saturday the weather changed and influenced the traction for the qualification rounds. Qualification was a good battle between Jacques Liebenberg, Hein Kotze, Antonio Caroli, Anderton Smith and Conrad Liebenberg. It was Hein Kotze who eventually to TQ with his Xray T4‘17 followed by Jacques Liebenberg and Antonio Caroli. During A1 and A2 final Hein Kotze managed to win both mains from the TQ spot after great battles with Jacques Liebenberg, Anderton Smith, Antonio Caroli and Conrad Liebenberg. It was Jacques who eventually achieved 2nd place with Anderton completing the podium. This win takes Hein Kotze one step closer to the national title for 2017, but there are still two rounds remaining and his competitors are all fast and focussed. 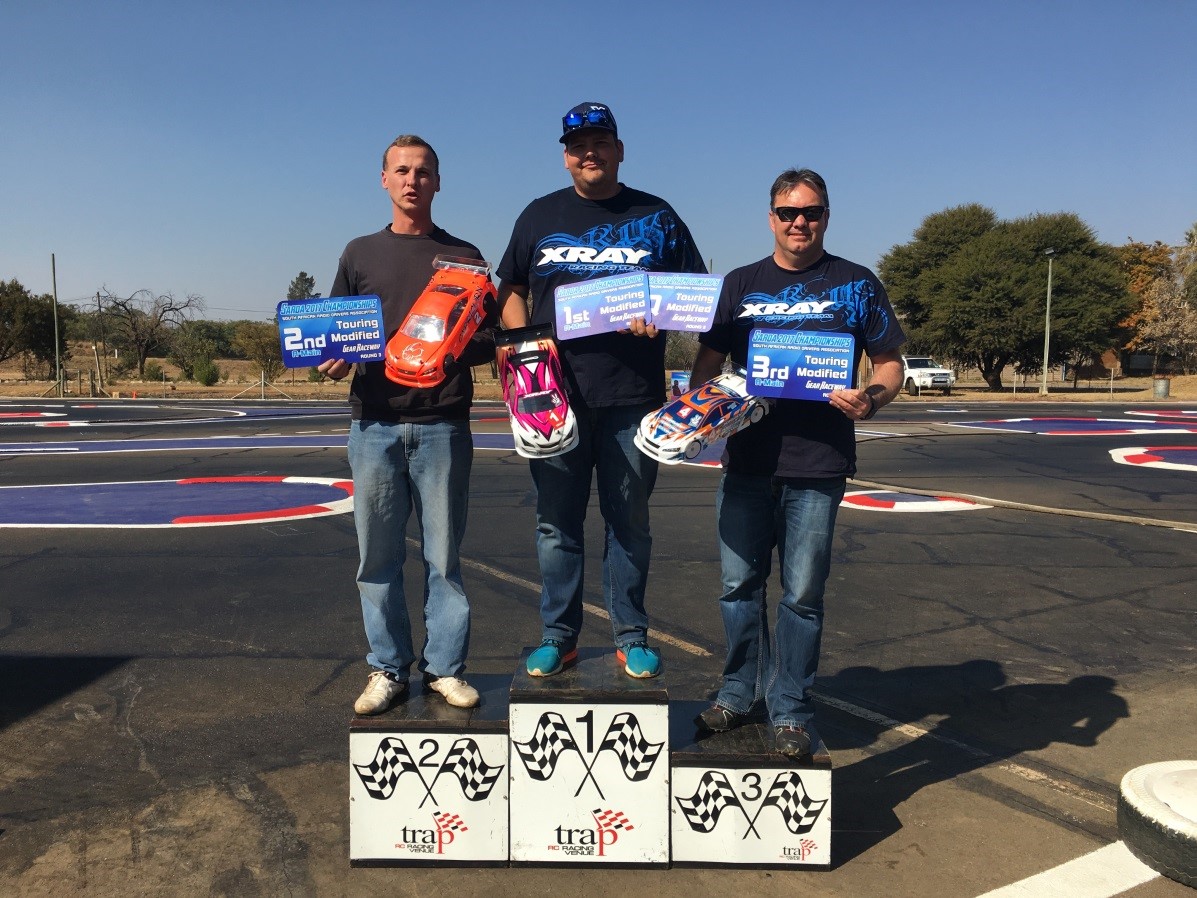 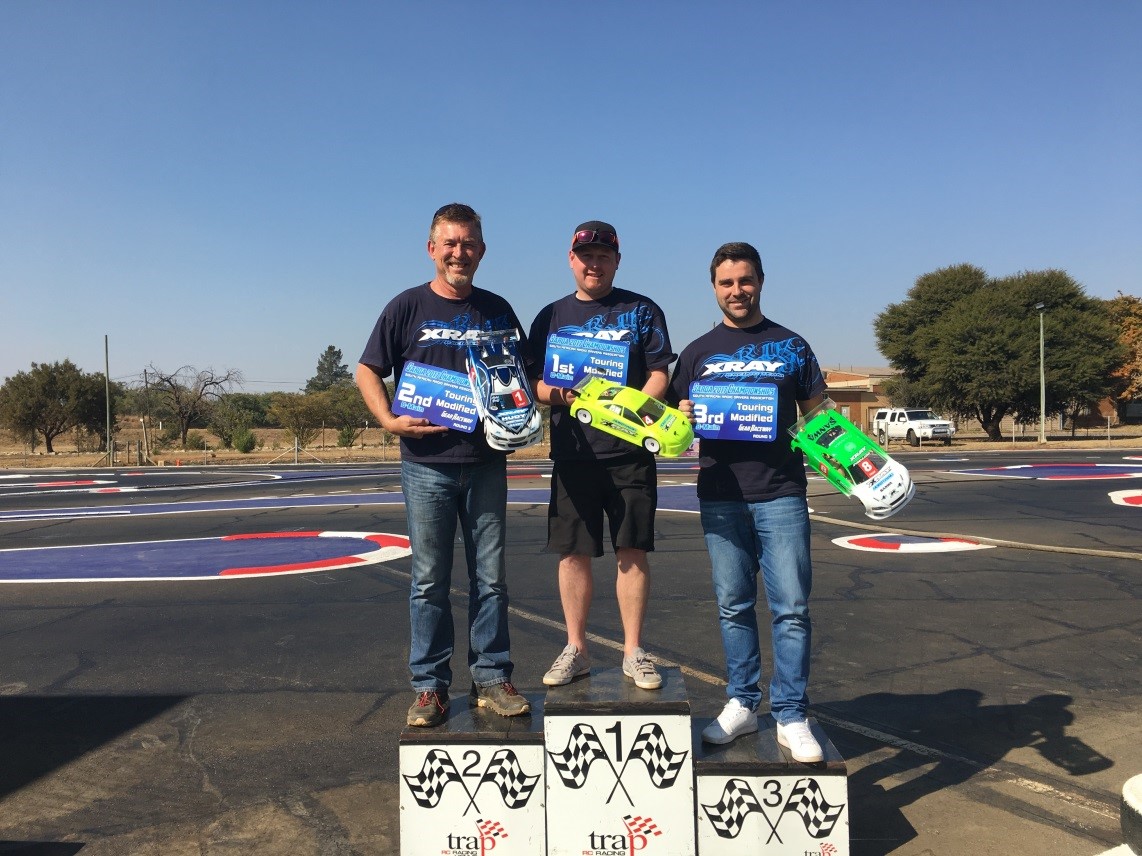 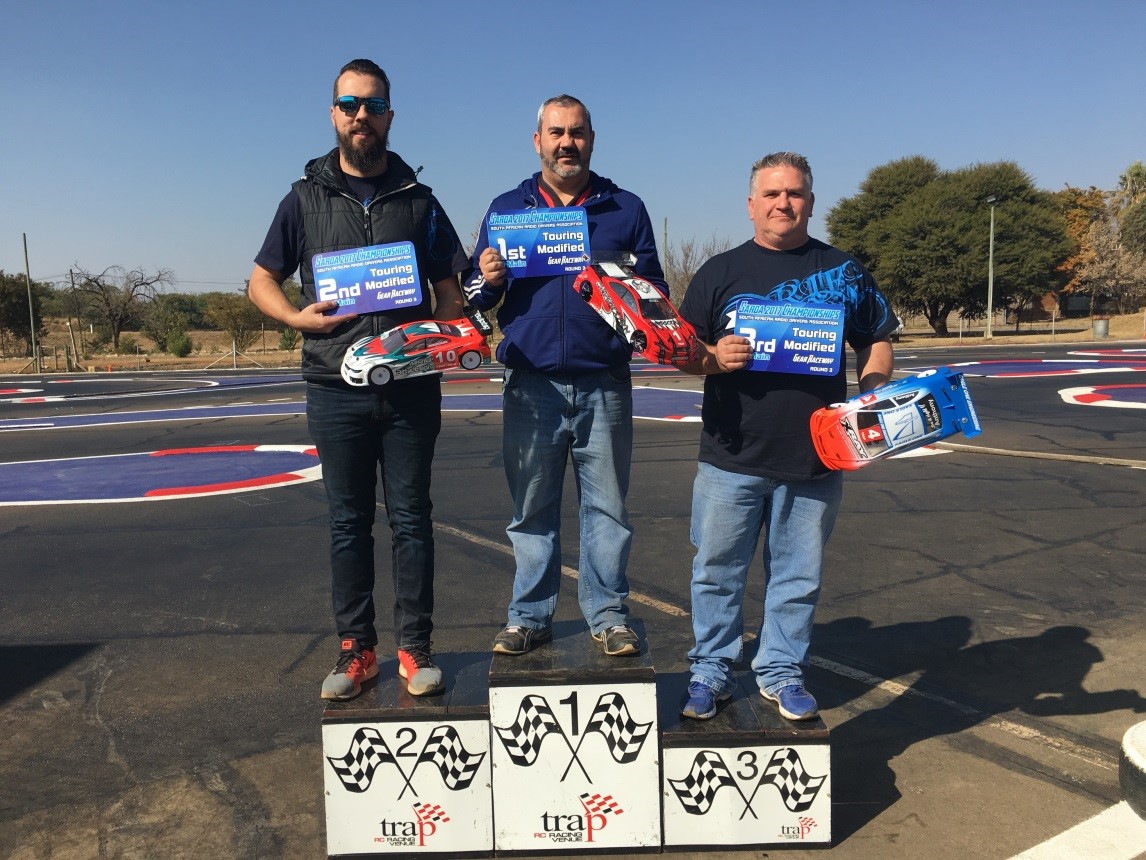 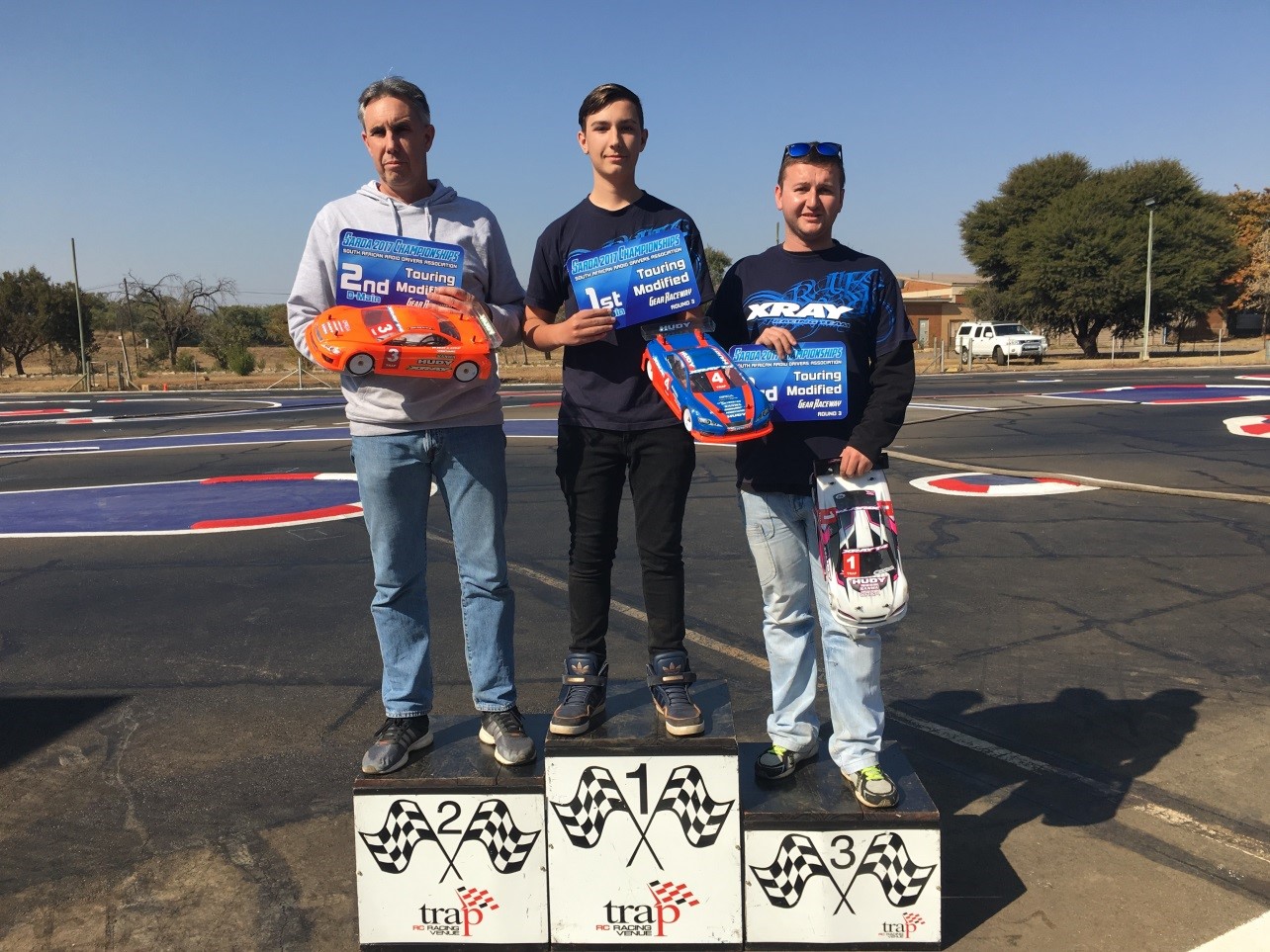 The Pro-stock class was a competitive affair with Xray team mates Jonathan Wilken, Anthony Smith and Willie Noordman showing great pace during the practise sessions. They were chased hard by Hennie Viljoen, Gunther Cornelius and Jean Wessels. Jonathan Wilken showed all the experience gained at the ETS in Trencin by winning Q1, 2 and 3 to take a dominant TQ in the pro-stock class with his Xray team mates Willie Noordman and Gunther Cornelius starting from the No2 and No3 grid positions. Jonathan continued his dominant form on Sunday by winning A1 and A2. It was up to Willie, Gunther and Hennie Viljoen to fight for the remaining podium spots. Anthony Smith drove a great A1 and A3 to finish 2nd after starting from No 5 on the grid. It was Willie Noordman who eventually completed the podium. This win for Jonathan Wilken also assured him the 2017 title in the Pro-Stock Class. 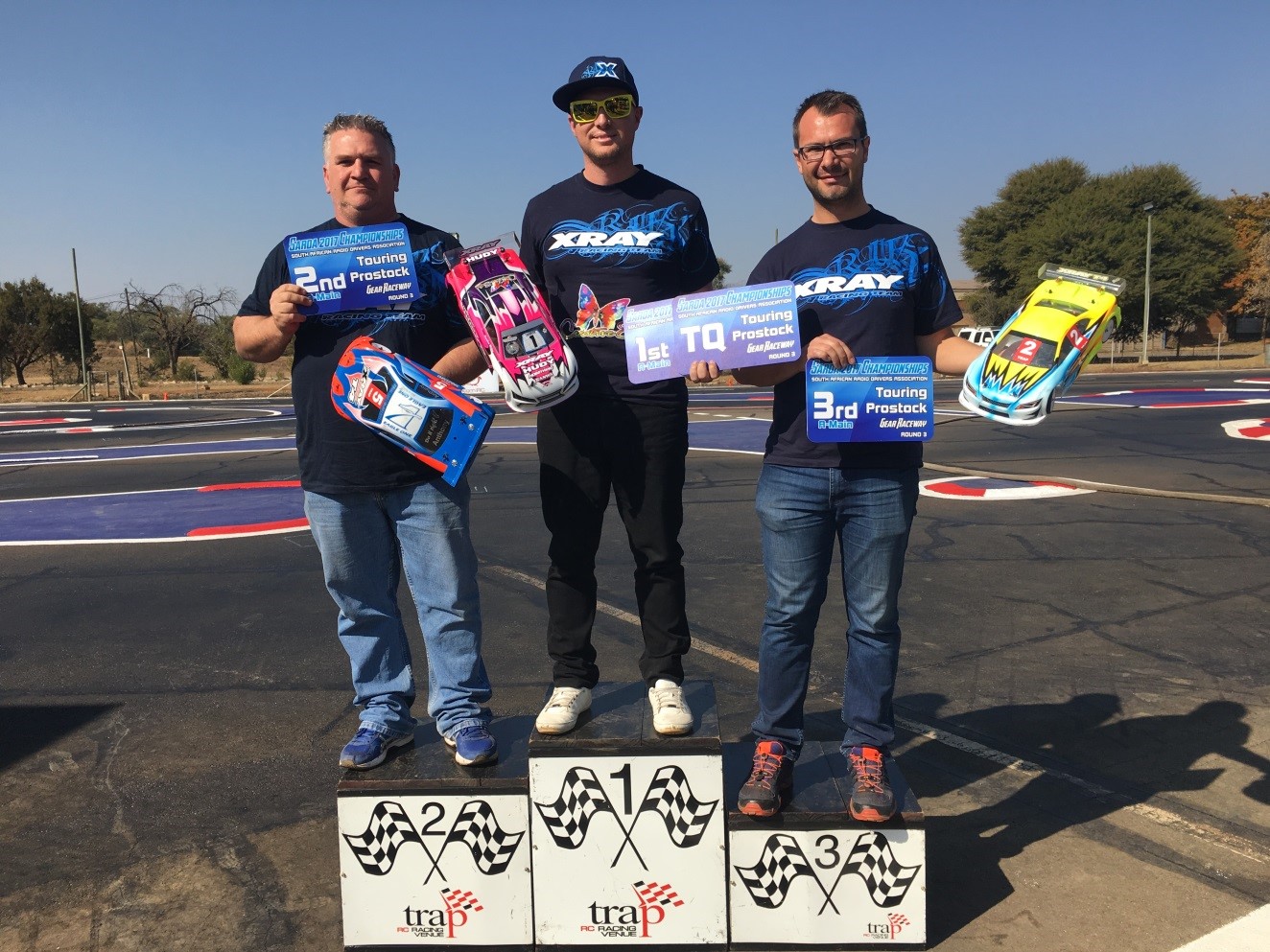 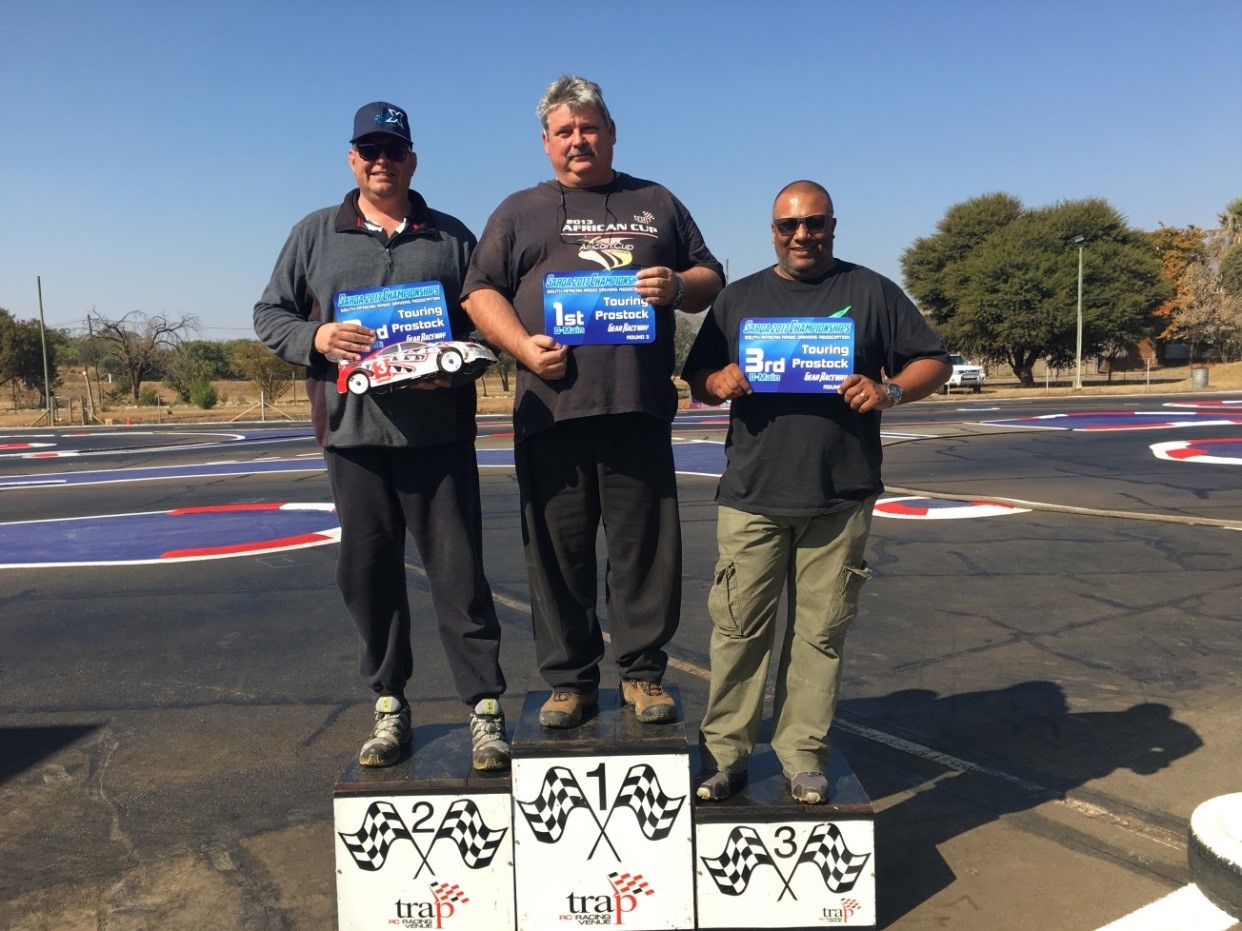 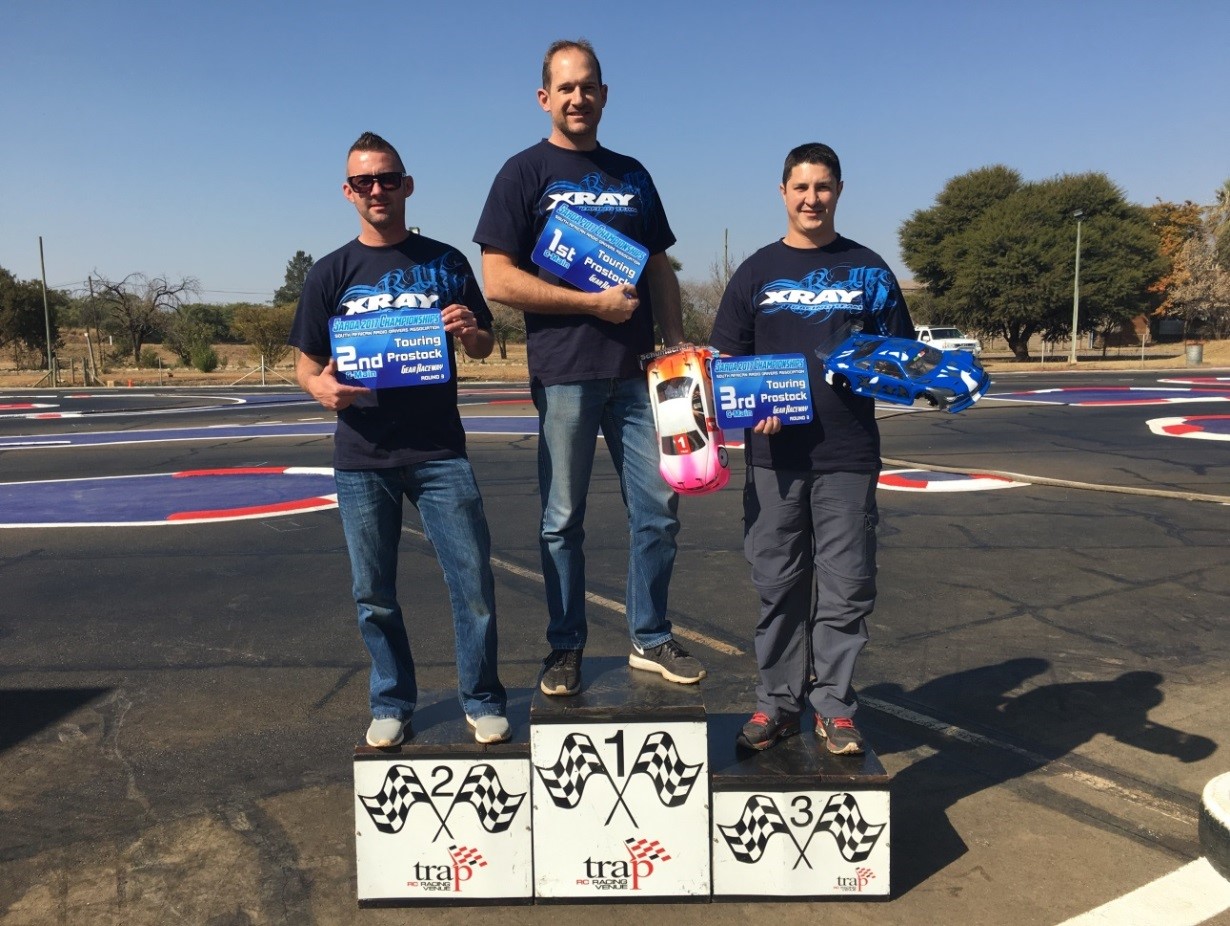 The F1 had challenging early morning runs with a very low grip track, but they managed to get their cars to work great and improved throughout the two racing days. It was Jonathan Wilken who continued his great form from his ETS visit and dominated qualifying to take TQ as well as winning A1 and A2 finals to win the event. It was up to the youngsters Nico Kellerman and Tyronne Wilken as well as Wayde Solomon, Piet du Plessis and Brett Ross to fight for grid positions and the podium. It was young Nico Kellerman who managed to finish second and Wayde Solomon took the final podium spot. 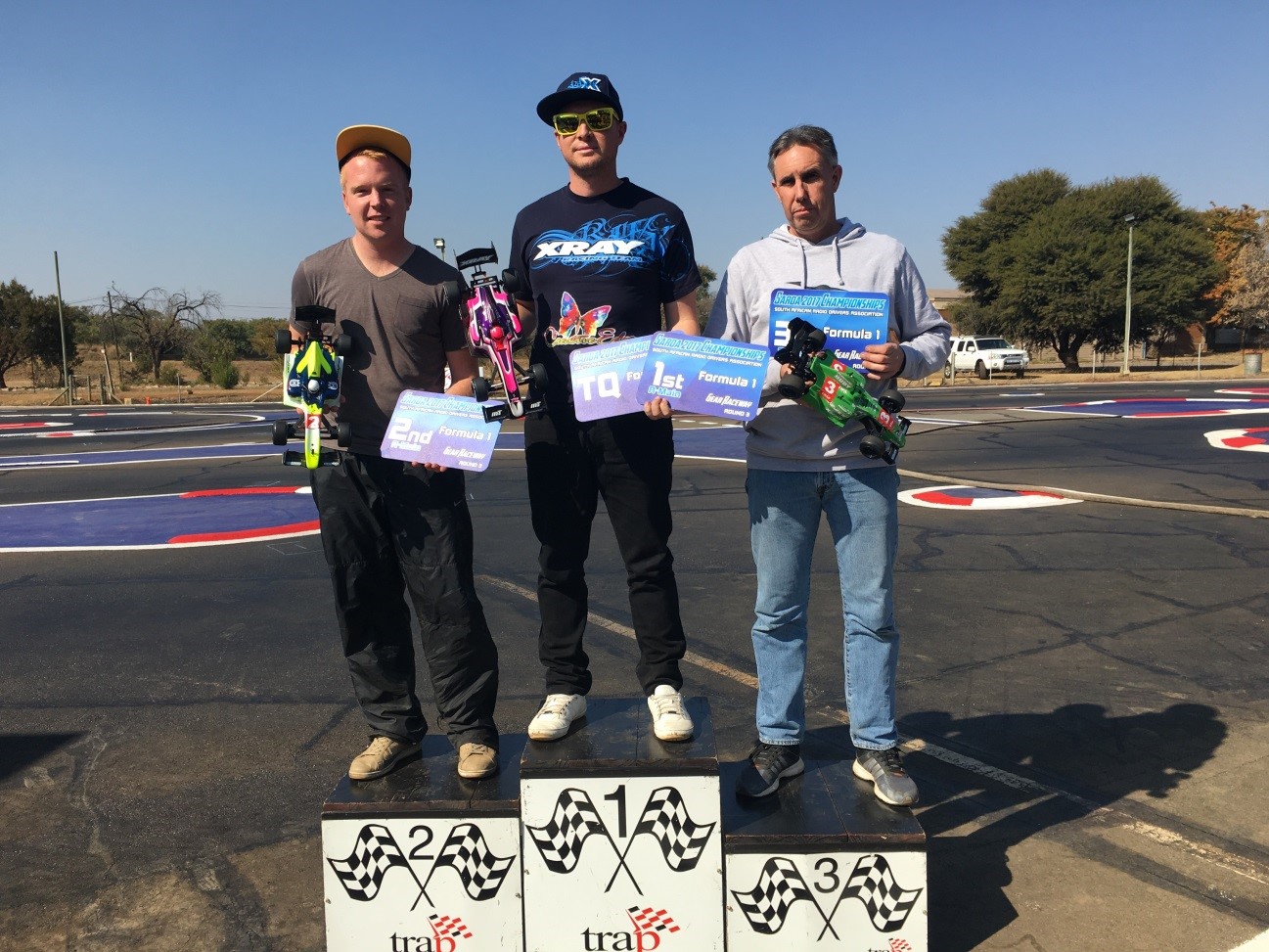 In the FWD class it was the local man Christopher Dolphin who again showed class dominance by securing TQ as well as the win after winning A1 and A2. It was left to the youngsters Tristan Joubert, Nico Kellerman and Eugene Wessels and the ‘older generation’ Paul van der Westhuizen and Fanie Viljoen Snr to battle it out for 2nd and 3rd position. Tristan Joubert finished 2nd in only his first national event after good qualifying and finals racing. It was Paul van der Westhuizen who eventually managed to take the 3rd spot on the podium. 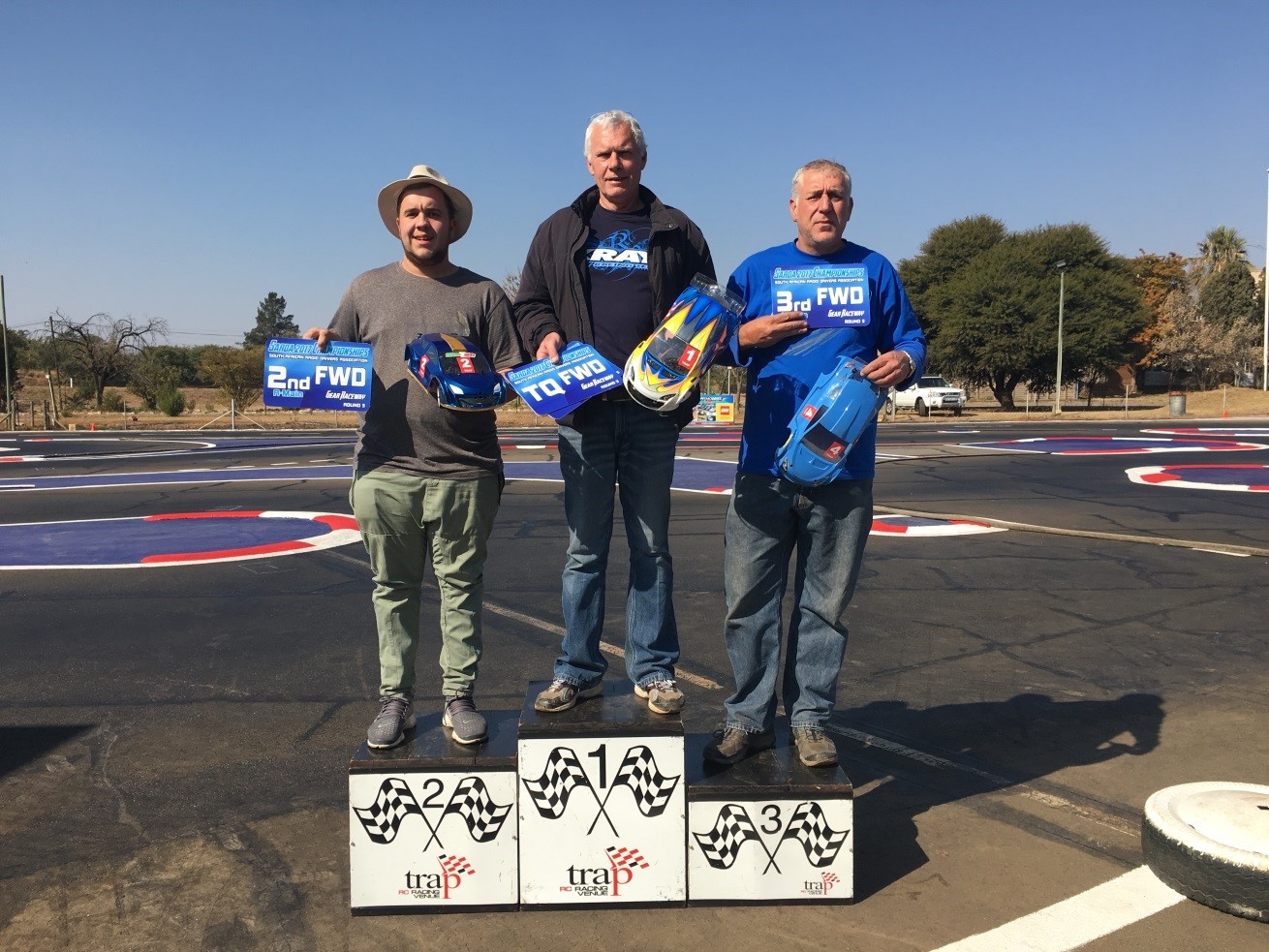