The final round off the SA Nationals kicked off at TVR Racetrack on Thursday 5th of October. Unfortunately the festivities had to wait, since the rain had the final say and it was called a day at 11am.

On Friday morning the weather seemed to be lurking and things did not look favourable, but luckily by 9 am the weather cleared and the practice could start. 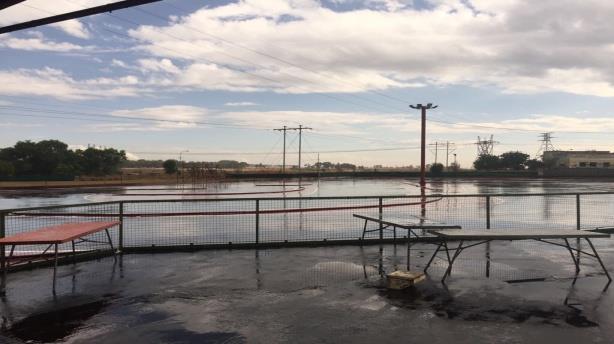 But the weather was not about to stop the weekend from being one to remember. Saturday morning started with the AGM at 8am and racing commenced at 10 am.

On Saturday morning, after the AGM, everyone was keen to get the racing on the way after the rain delays. The qualifying started with the 200m touring class. It was clear from the start that Conrad Liebenberg was going to dominate the qualifying, resulting in a TQ for the finals. He was followed by Rowan Bower in second and Dave Wiseman in third. Good to have Dave racing this event. Close racing ensued for the rest of positions. 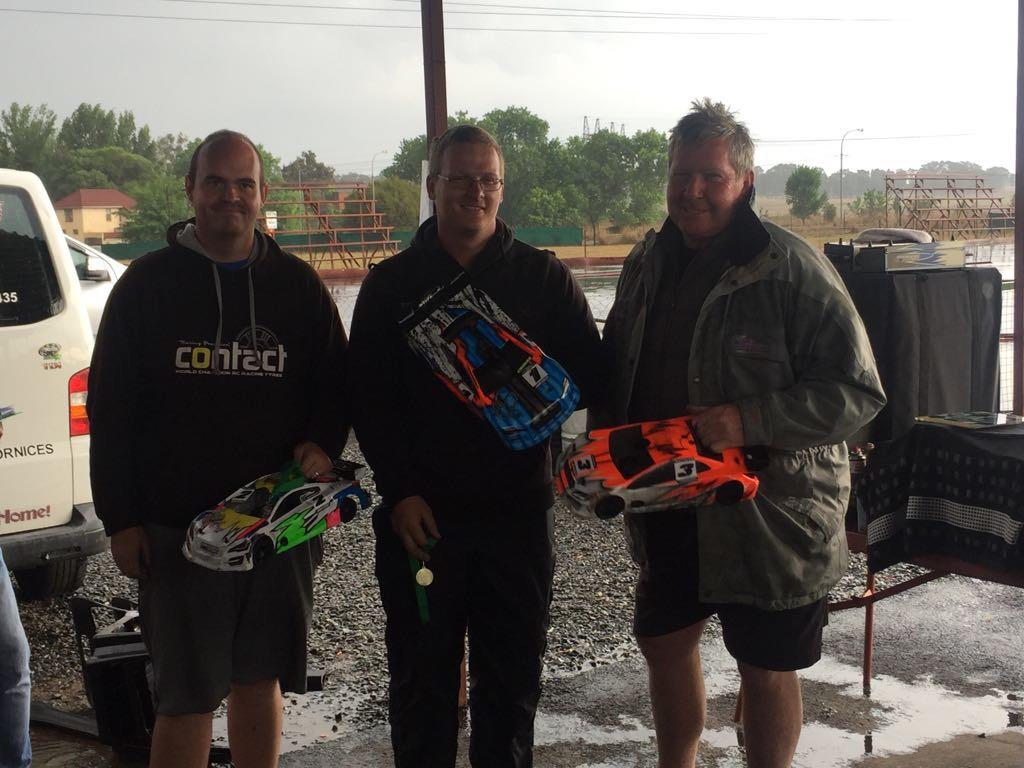 It was then followed by the new GT 8 class. Lieb Liebenberg had a great qualifying taking the top Qualifying position in a close qualifying between him and Nico Venter in second position and followed by Jacques Brits in Third. 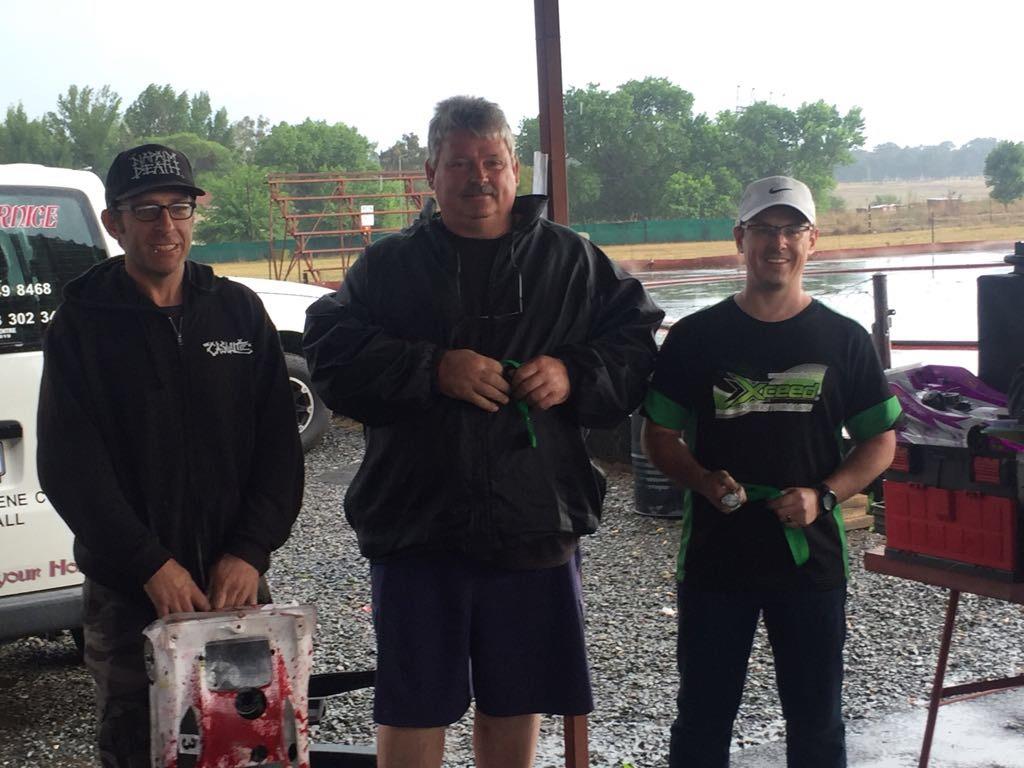 In the 1/8 class there was some stiff competition with 14 entries and the most competitive men known to this sport. Jacques Lieberberg took the top place in qualifying followed by Harold van Eeden in second and Wayne Joelson in third. 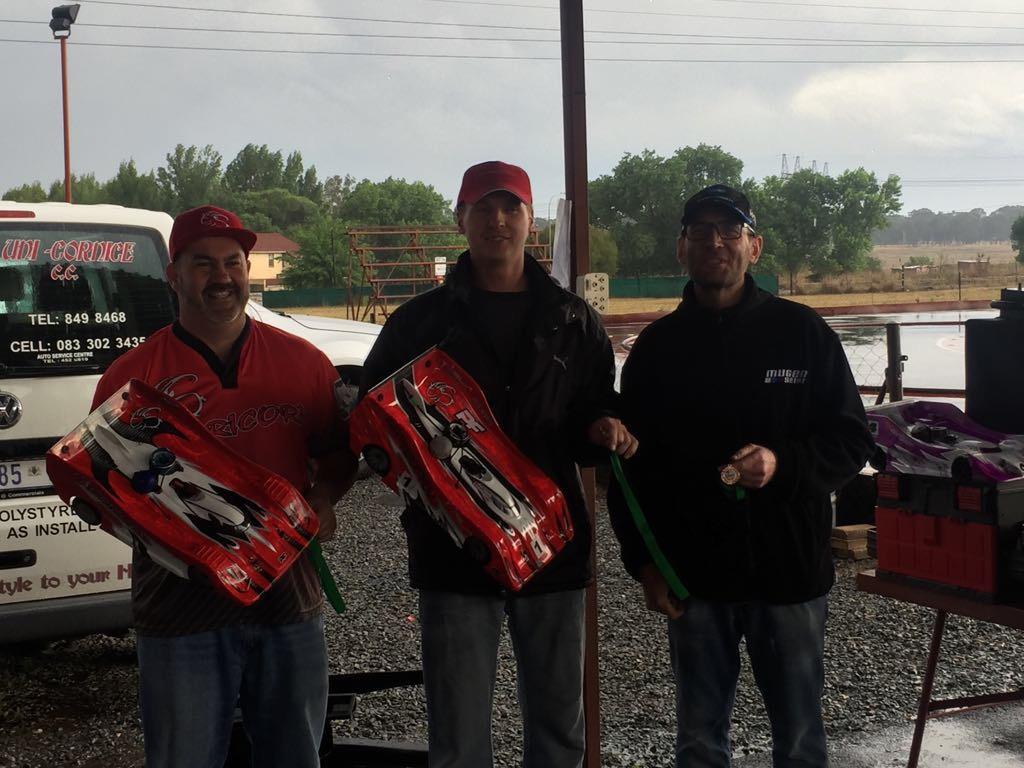 Unfortunately the heavens opened again during Heat 2 of 1/8th qualifying, and soon it was pretty obvious there would be no more racing possible on Saturday. The Race Director announced that the 2nd round of 1/8th would be run on Sunday morning, as well as a 3rd round of qualifying for all the classes. This was definitely one of the trickiest Qualifying sessions and required patience and pure skill in the last round of the nationals, this definitely tested all the drivers’ capabilities.

It was a big final for 200m with 11 Drivers in this final. Conrad Liebenberg took the top position for the weekend dominating the class finishing 3 laps ahead of Dave Wiseman in second position and 6 laps ahead of 3rd placed Jason Landsberg. There was just no stopping Conrad.

It was a close race for 3rd and 4th with only 1 lap separation 3rd to 6th position, it was a race to the end. Jason snatched 3rd from Rowan Bower in 4th, East London’s Mathew Attree in 5th and Brent Alexander in 6th.

Good to have Matthew and Warrick making the trip up from Border. 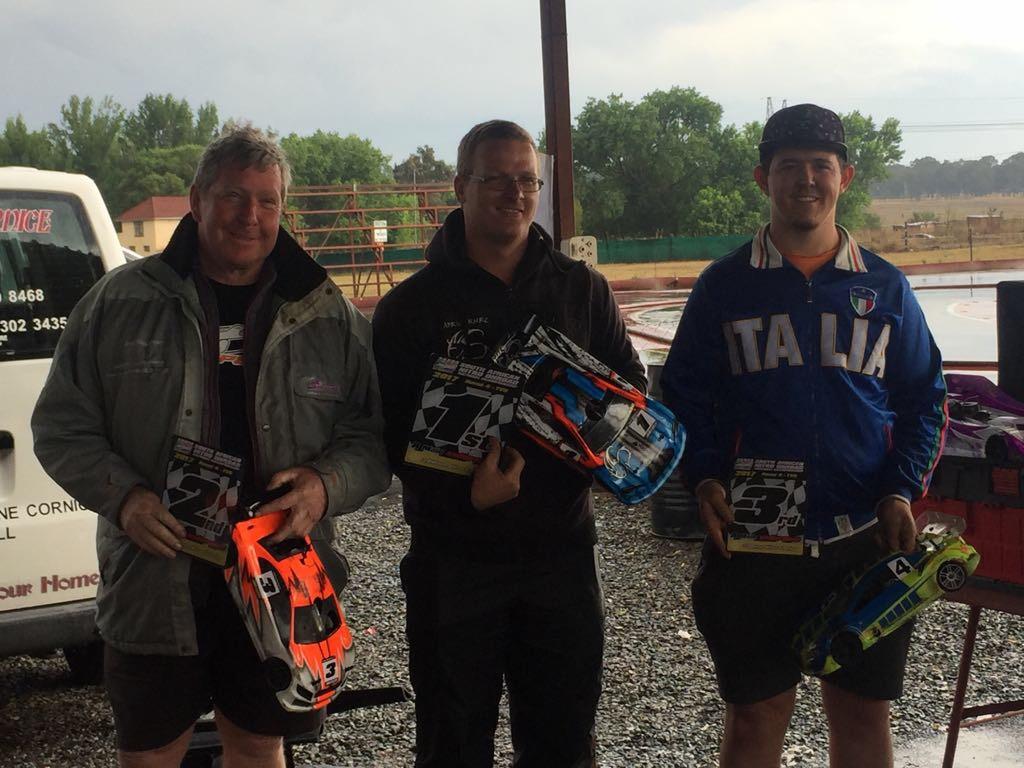 Lieb Liebenberg and Jacques Brits had one heck of a final, with the lead changing constantly. The two racers battled it out to a nail- biting finish, with Lieb coming out on top.

Wayne Breytenbach qualified last but steadily worked his way through the field to take 3rd place, and it was an impressive finish for newcomer Nico Badenhorst, who qualified 7th and finished a close 4th in his first ever National event! 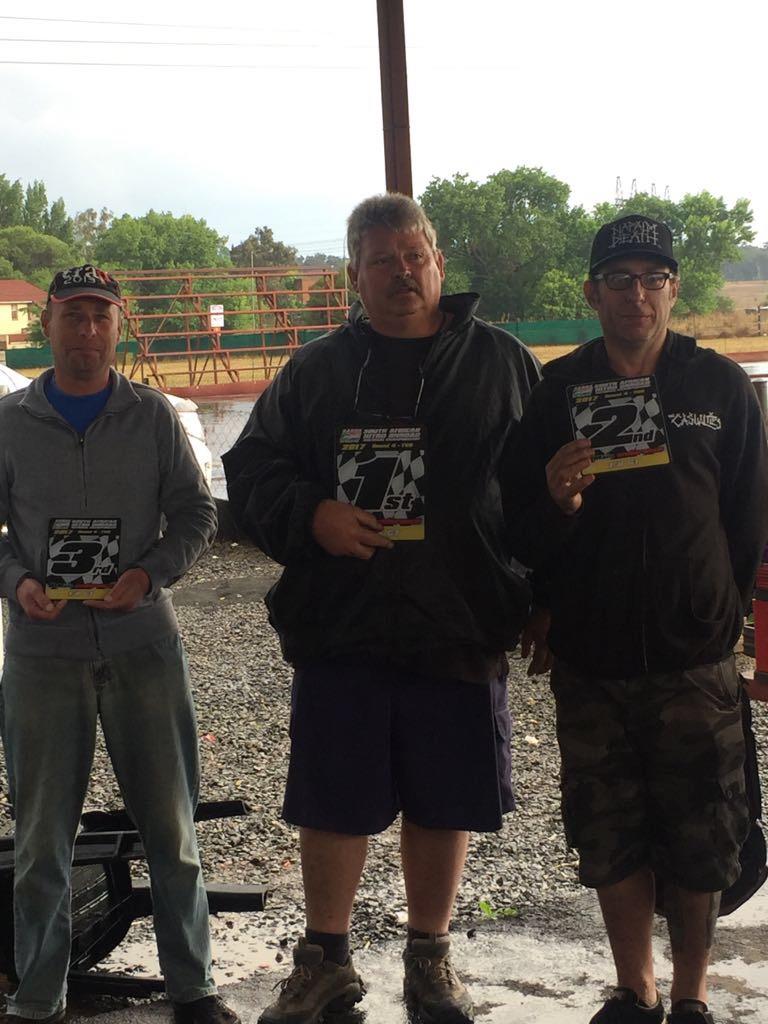 With heavy clouds threatening in the distance a decision was made to combine the A and B finals into a single A Mains – a decision that was later proven to be 100% correct as the rain arrived precisely as the final ended. This was one of the most epic final gas racing we have seen in long time. The start of the final was incredible, with 14 cars screaming around the flowing TVR layout, every driver wringing the most out of their machines. Spectacular to watch, and mind-blowing for the drivers!

The pace and the traffic meant some attrition was inevitable, with eventually only six cars finishing at the end of the race. Super smooth Jacques Liebenberg took the win after 45 minutes with a flawles seven lap victory over Arnold Vermaak in second place. Arnold Vermaak himself had an amazing race with a 17 lap advantage over third place, Errol Warner. 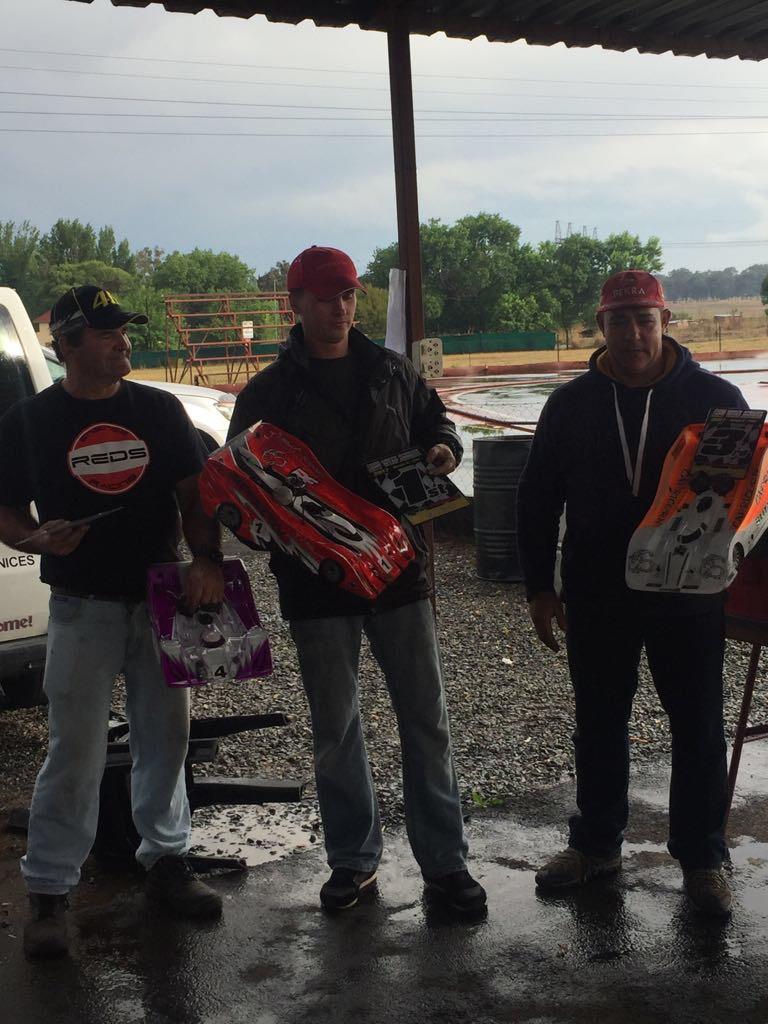