The final round of the 2017 South-African ORE 1/12th national championship series was held at the Welkom RC Arena over weekend 18-19 November 2017. With the new track build for the IFMAR 2018 worlds on track, this was the last official event to be hosted at the current indoor facility. To make the weekend more special, the 1/12th Nationals was combined with a Nandos Challenge in the style of a Reedy Format racing for Touring Modified and Pro-stock class. 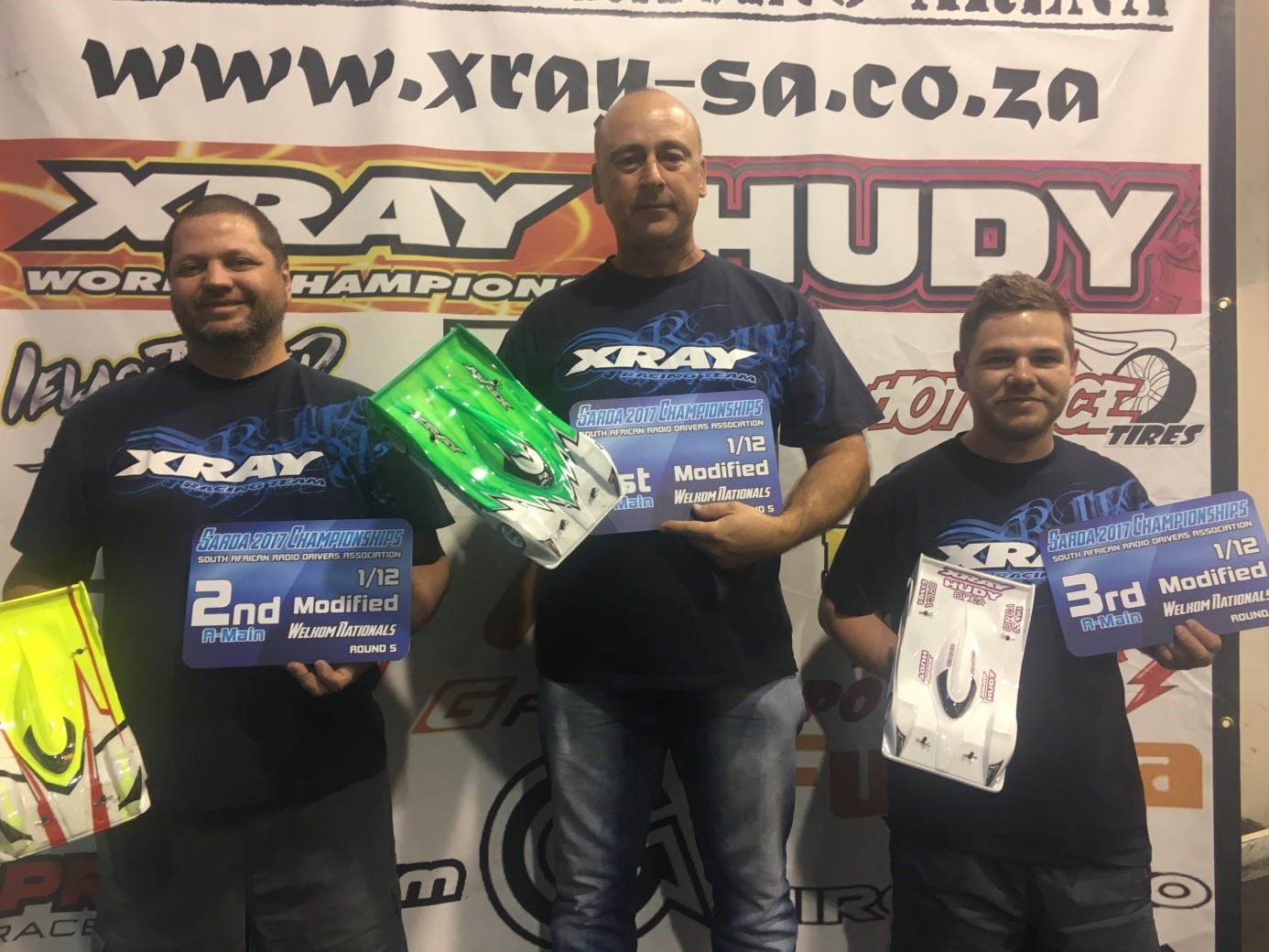 The final 1/12th Stock round was going to be a battle between the youngsters Francois Laubscher and Brandon Solomon for the 2017 title. Brandon had to TQ and win to win the title. In the qualifying rounds it was Brandon who showed great pace and consistency and he managed to take the TQ honours from Francois. On Sunday it was Francois who sorted out the pace on his Xray X12 and he drove great in all three A finals to take victory from Brandon and Wayde Solomon. Francois Laubscher also took the 2017 title with this win. 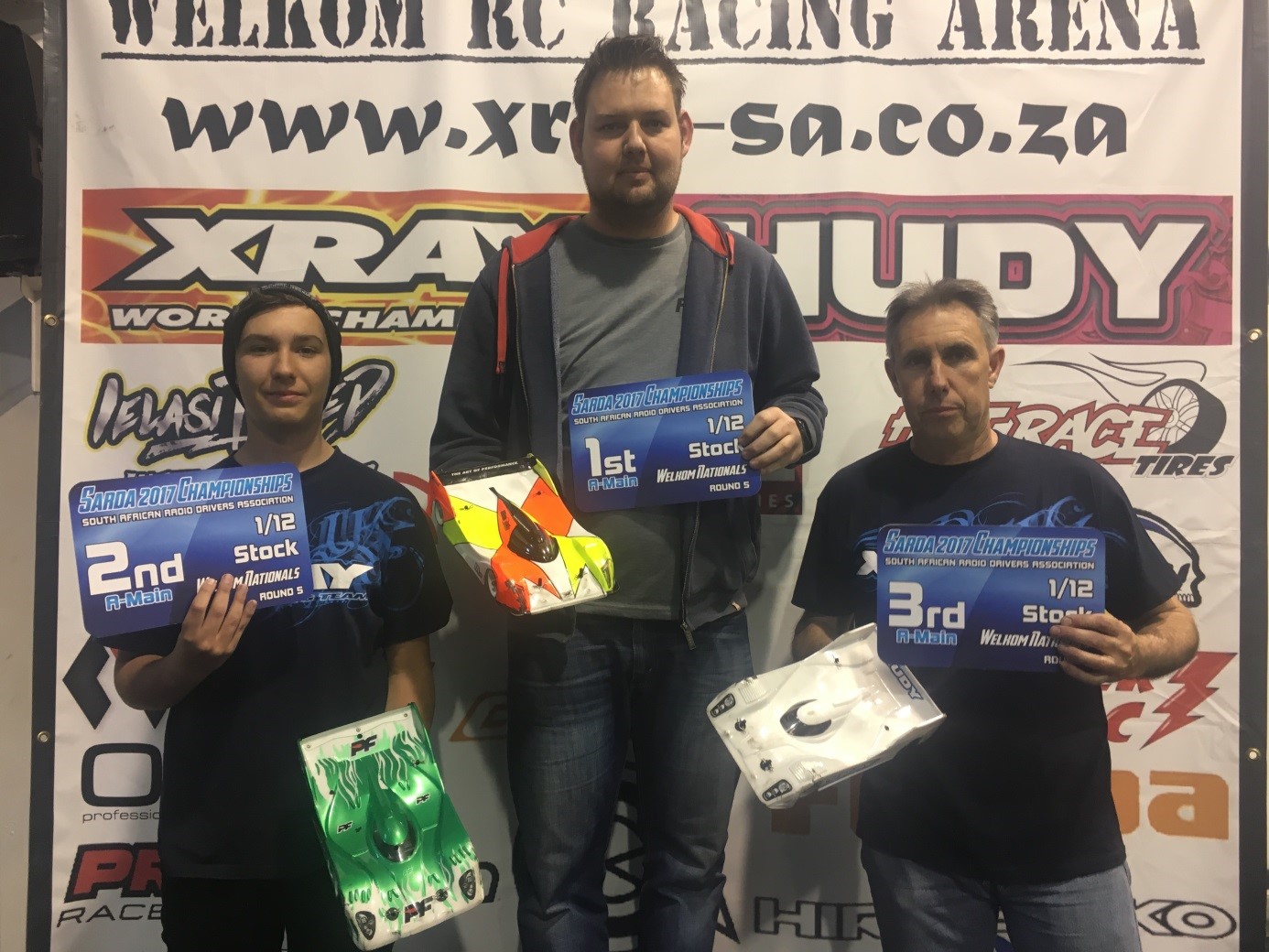 The Nandos Challenge was held as part of the farewell event for the current Welkom Indoor Facility. 6 Rounds of heads-up racing were held on Saturday and three rounds on Sunday. 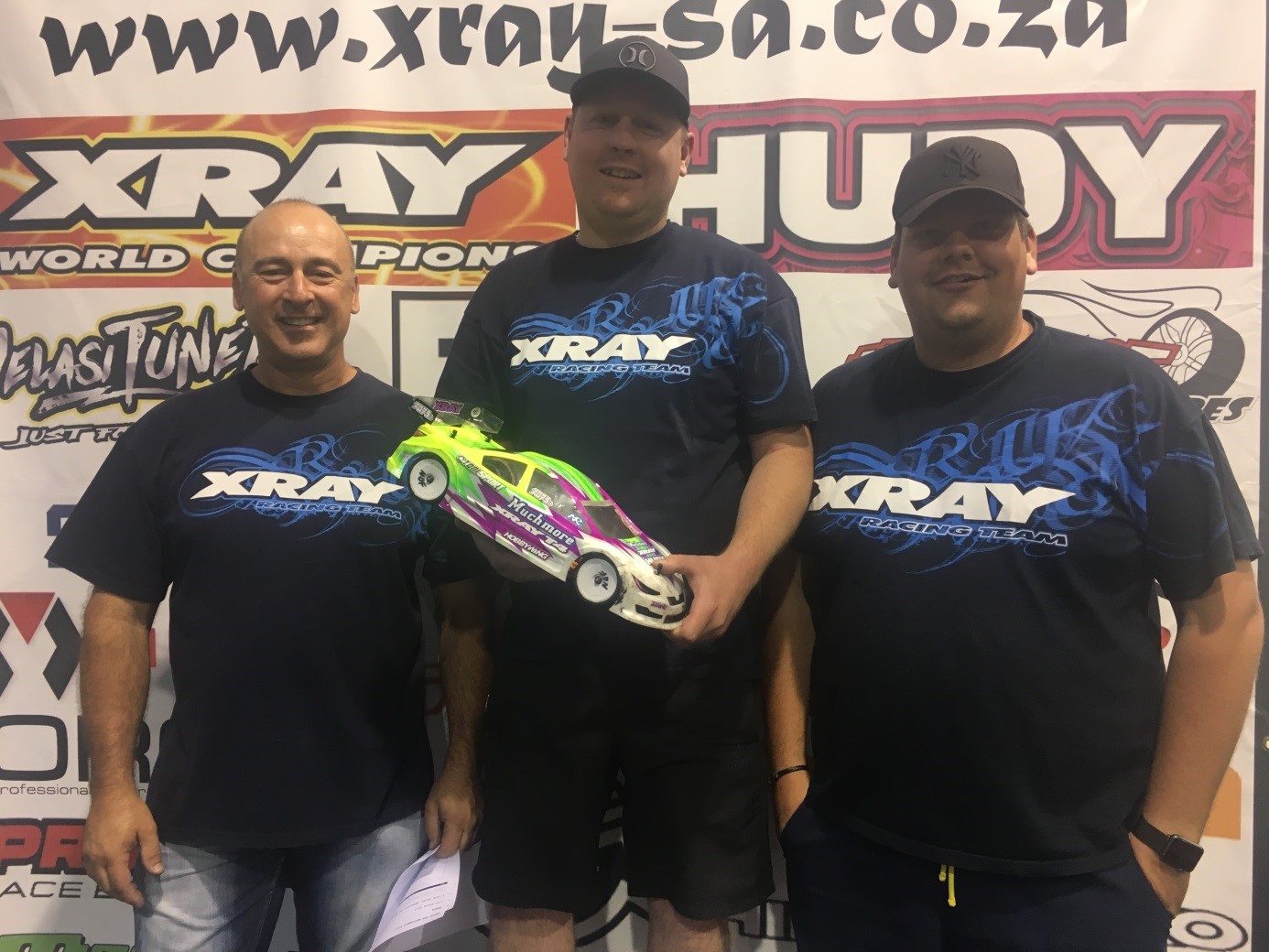 The top 5 for Touring Modified: 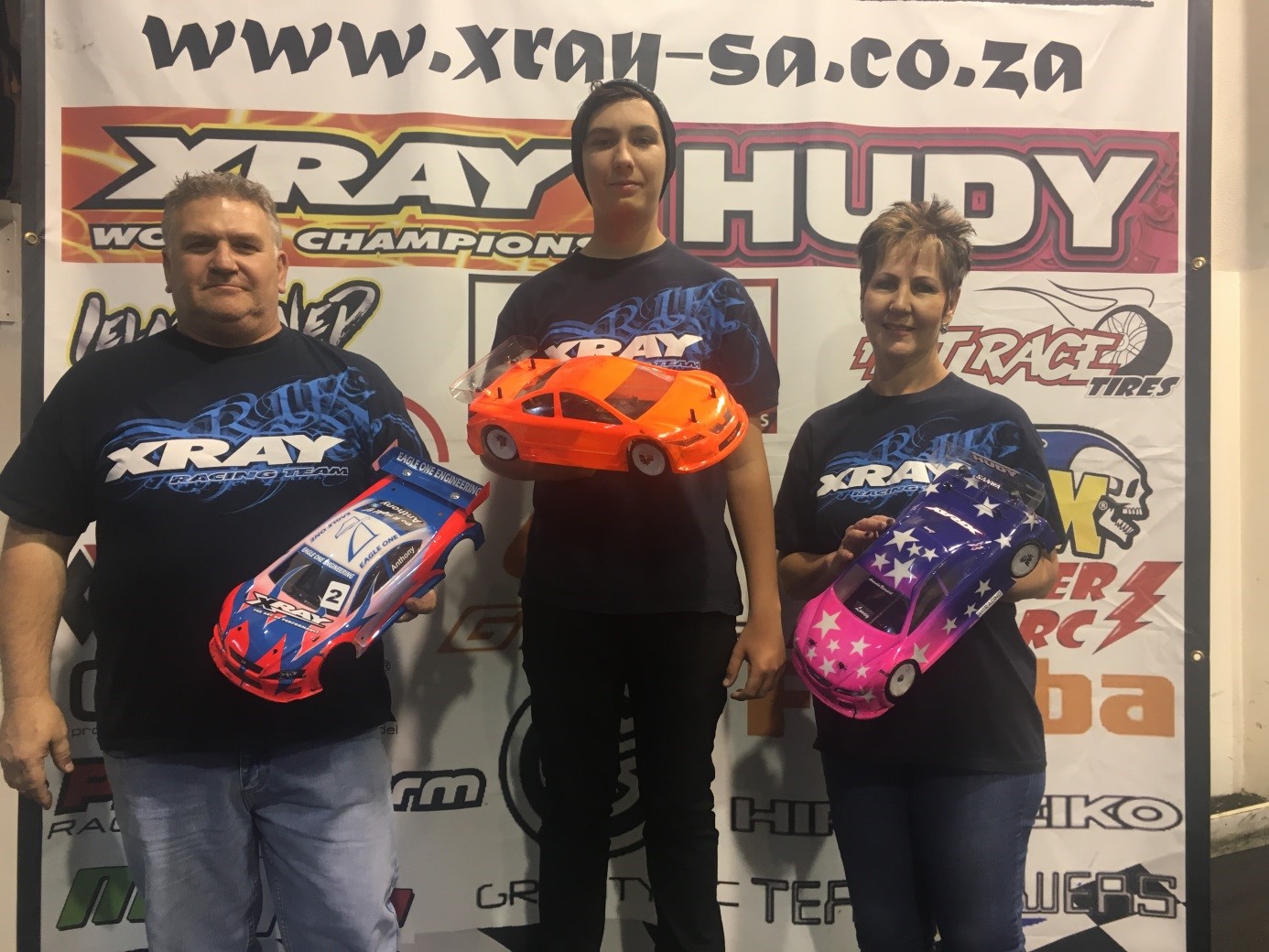 The top 5 for Pro-stock Touring: