The fourth round of the 2017 South-African ORE 1/12th national championship series was held at the Welkom RC Arena on Saturday 23 September 2017. The busy 2017 RC racing schedule and a long weekend in South Africa celebrating Heritage Day made that not all the 1/12th drivers could attend the one day event.

The series leader Antonio Caroli showed good pace and managed to put in a TQ run in Q1 followed by youngster Marius van Niekerk and Hein Kotze. In Q2 Antonio stopped after lap 12 and Hein Kotze raced well to achieve TQ for round 2 followed by Andre Greeff. In Q3 Antonio managed to fix his car and had the fastest run followed closely by Hein Kotze and Shaun Schutte. Antonio eventually took overall TQ after a good run in Q4 with Hein Kotze and Marius van Niekerk starting from 2nd and 3rd on the grid respectively. In the mains it was Antonio who had fast and consistent runs winning both A1 and A2. Hein Kotze and Andre Greeff struggled with their cars but it was Shaun Schutte with his new Xray X12 2018 who secured a great second place and Marius van Nierkerk deserving his first podium in third. 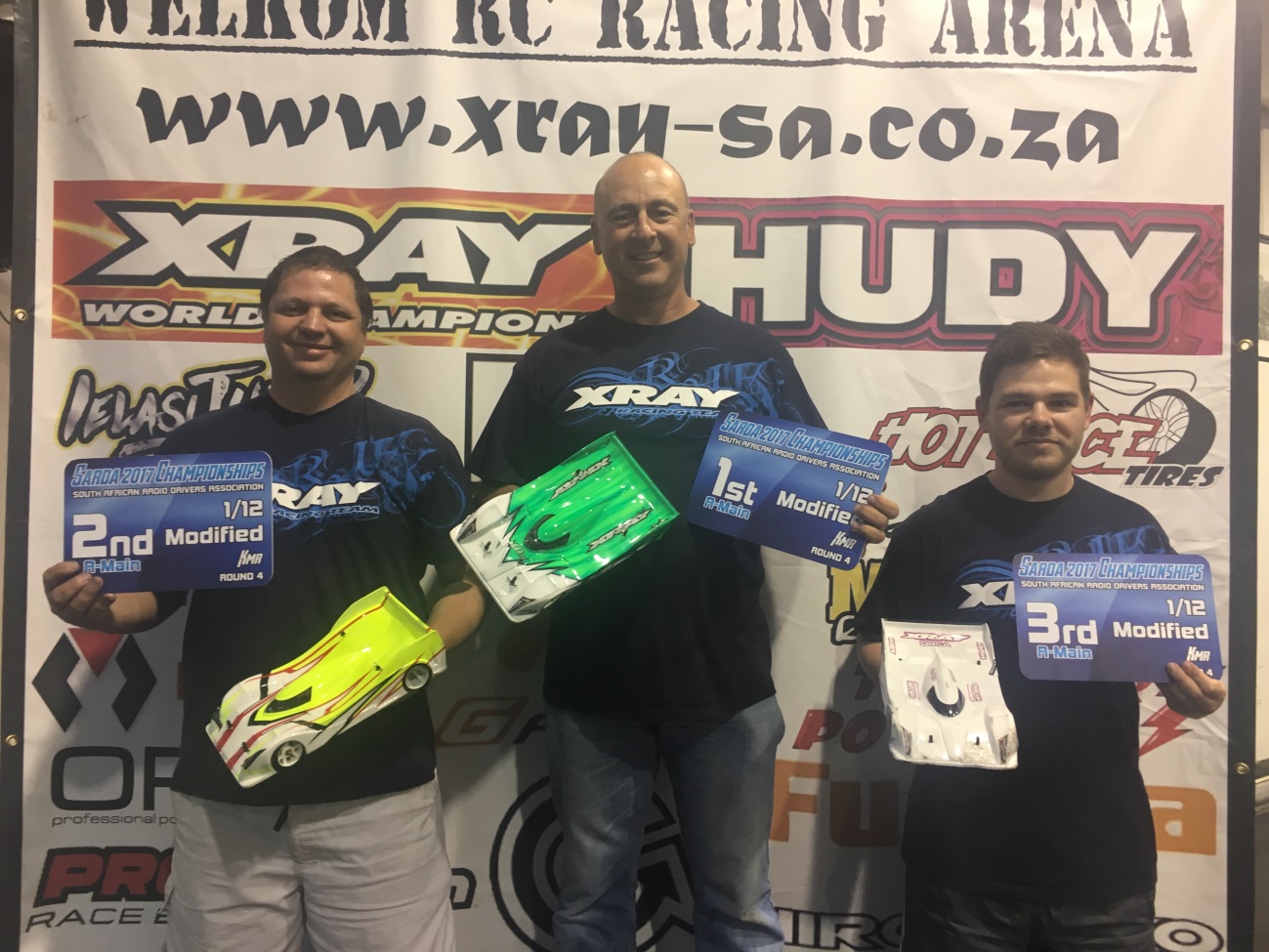 With the series leader Francois Laubscher absent from this event the TQ and win was up for grab for the drivers. In the qualification rounds it was young Brandon Solomon who took TQ in all the rounds securing a great pole position for the mains. It was a tight battle between Wayde Solomon and Gerry Esterhuizen with Gerry managing to start from 2nd on the grid. During the main races it was Brandon who led from the front by winning all three mains. Xray team mates Wayde Solomon and Gerry Esterhuizen had good races in the mains with Wayde eventually finishing 2nd and Gerry 3rd. 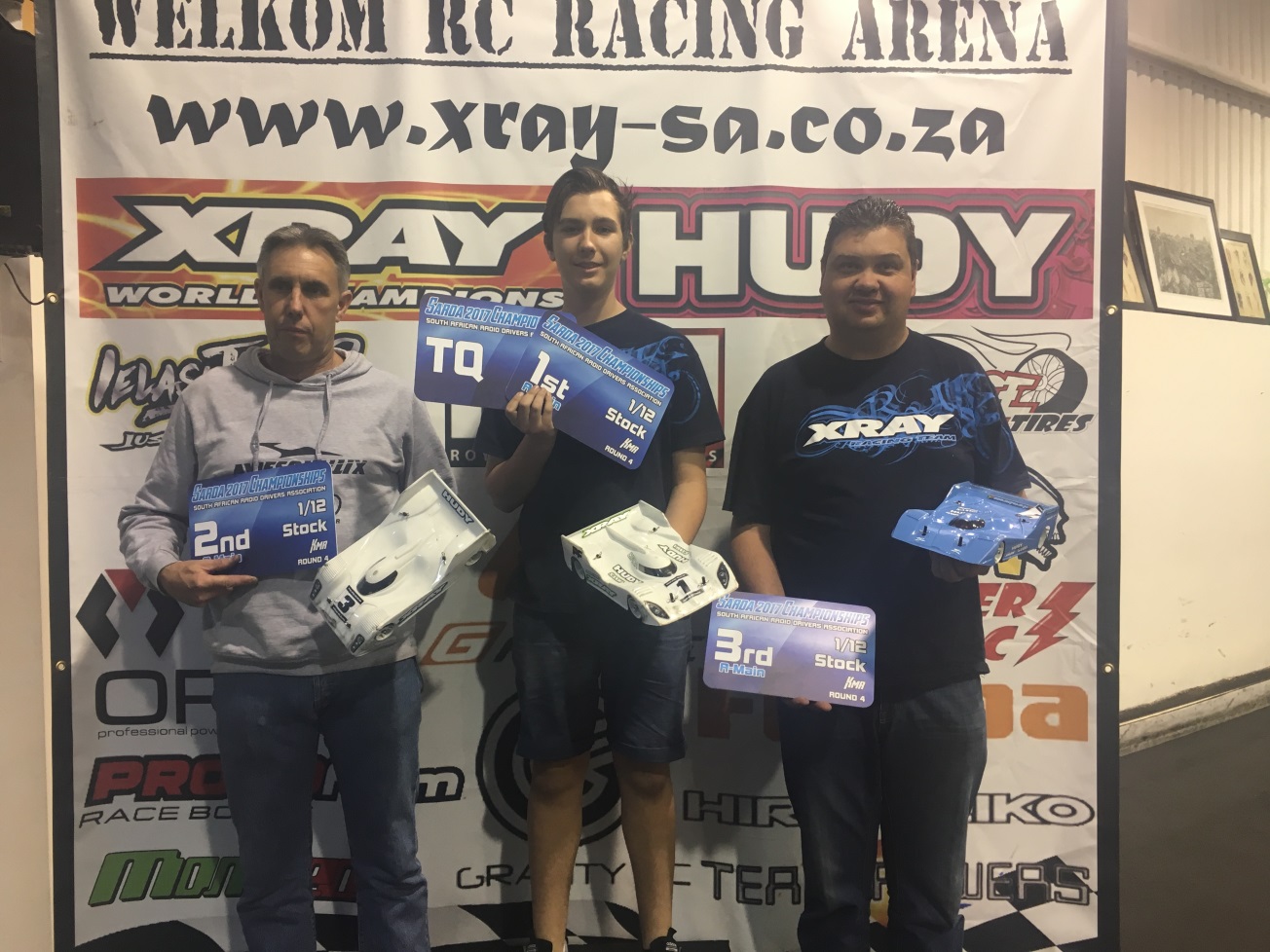