The fifth and last round of the 2016 South-African ORE national championship returned to TRAP RC Venue in Pretoria over weekend 29 and 30 October 2016 after round 2 rained out at the same venue. Free practise was held on Thursday and Friday with a heat wave hitting the Gauteng Province. The air temperature peaked at 38⁰C and the track temperature went up to 64⁰C (147⁰F). The heat put tremendous pressure on the batteries, tyres and electronics and the drivers had to choose their setups carefully and also manage the tyres during the race.

The touring modified class is still growing stronger and all the drivers need to be at their best to qualify for the A Mains. All the top drivers pushed hard during the practise rounds and during qualifying but it was Shaun Schutte who dominated the class with his Xray T4‘17 during practise and qualifying to take TQ. There was a great battle between current champion Jason Hillcoat, Anderton Smith, Antonio Caroli and Ashley Hurley for the remaining grid positions. Anderton managed to take 2nd after a good Q3 and Q4 with Antonio starting 3rd in the A Mains. During A1 and A2 final Shaun Schutte continued his event domination and took wins in both the finals. The battle for the podium was really hot with great runs from Anderton Smith, Antonio Caroli, Hein Kotze, Jason Hillcoat, Ashley Hurley and Alex Ribeiro. It was Antonio Caroli who eventually achieved 2nd place with Hein Kotze completing the podium. 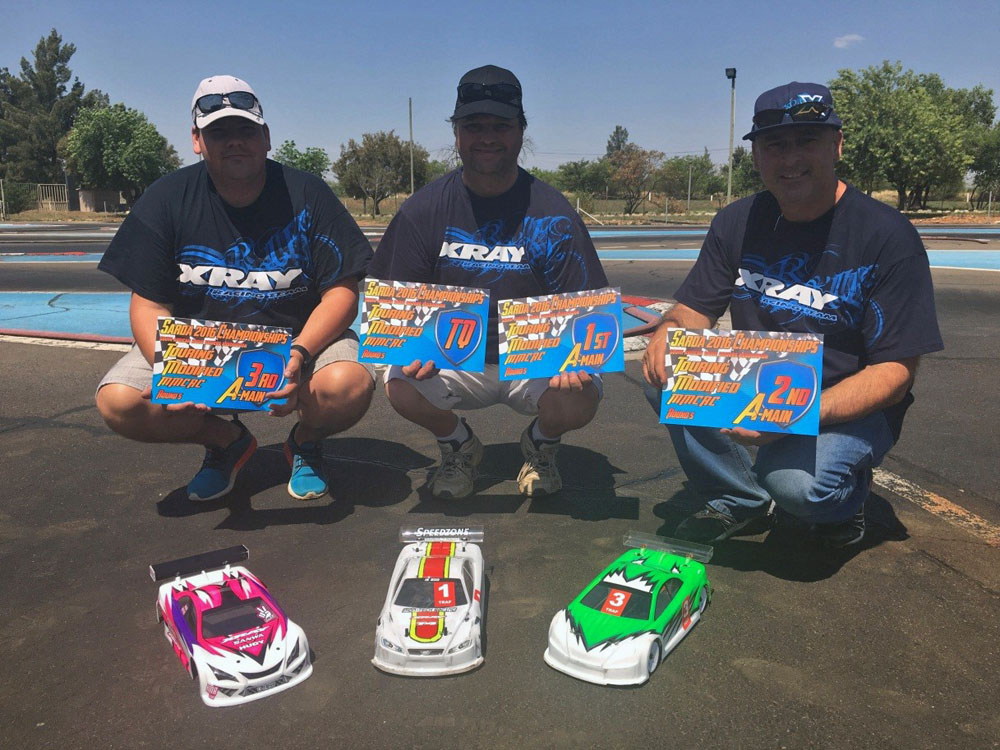 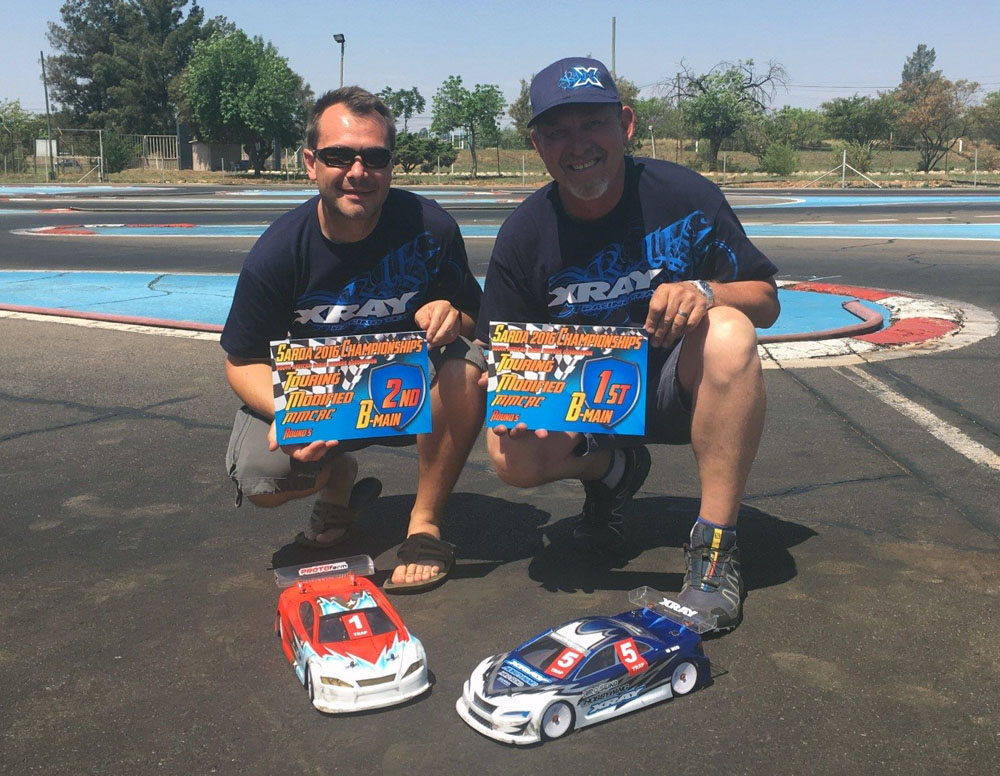 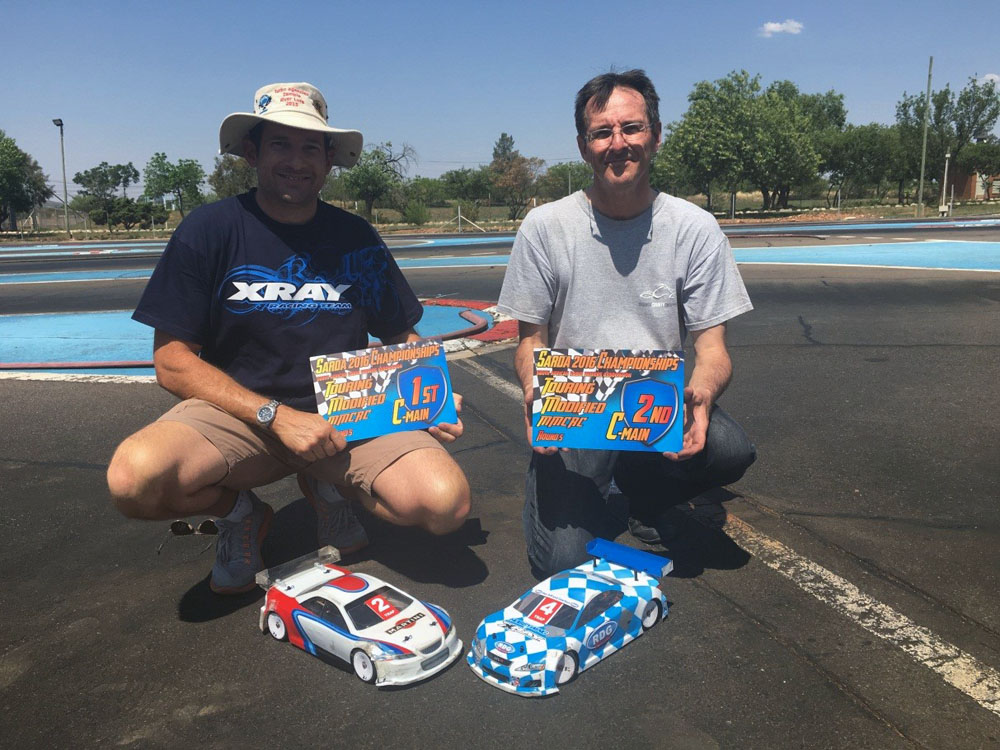 The Pro-stock class was a competitive affair with Xray drivers Shaun Schutte and Deon Gove on the same points for the national championship. Shaun Schutte continued his great form and achieved TQ in the pro-stock class with his rival and team mate Deon Gove starting second on the grid. In A1 Shaun took an early lead and was commanding the race until an unfortunate incident with a back marker dropped him to third. Deon Gove and Jonathan Wilken had a great battle and Johnathan managed the win in A1. In A2 and A3 Shaun made no mistakes and took great wins to ensure the overall win and championship. 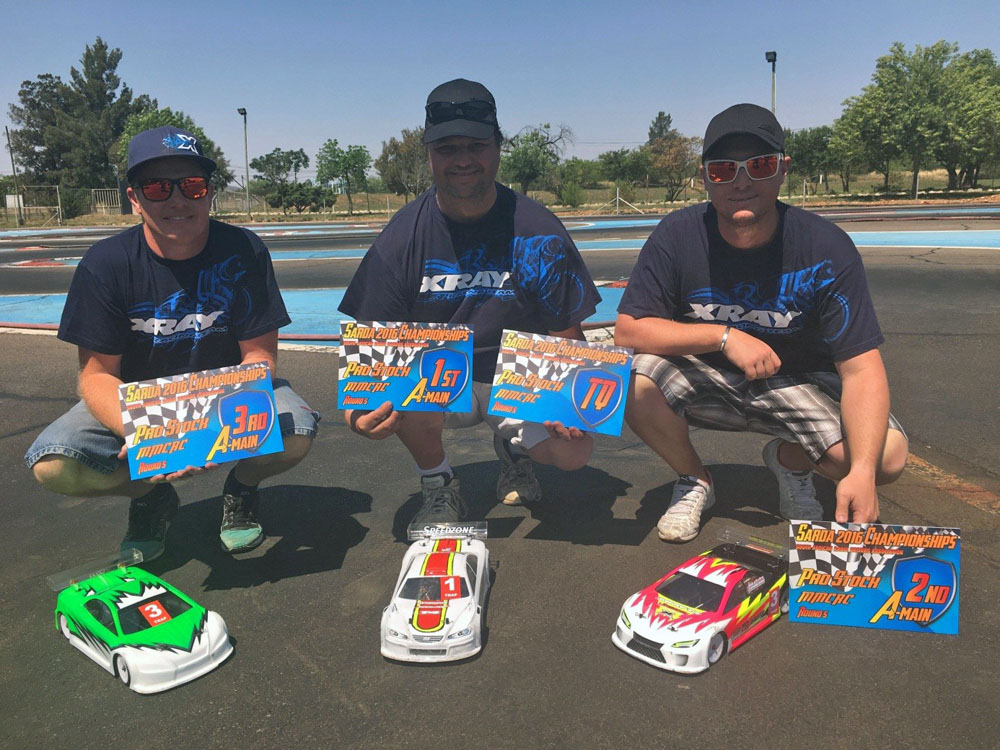 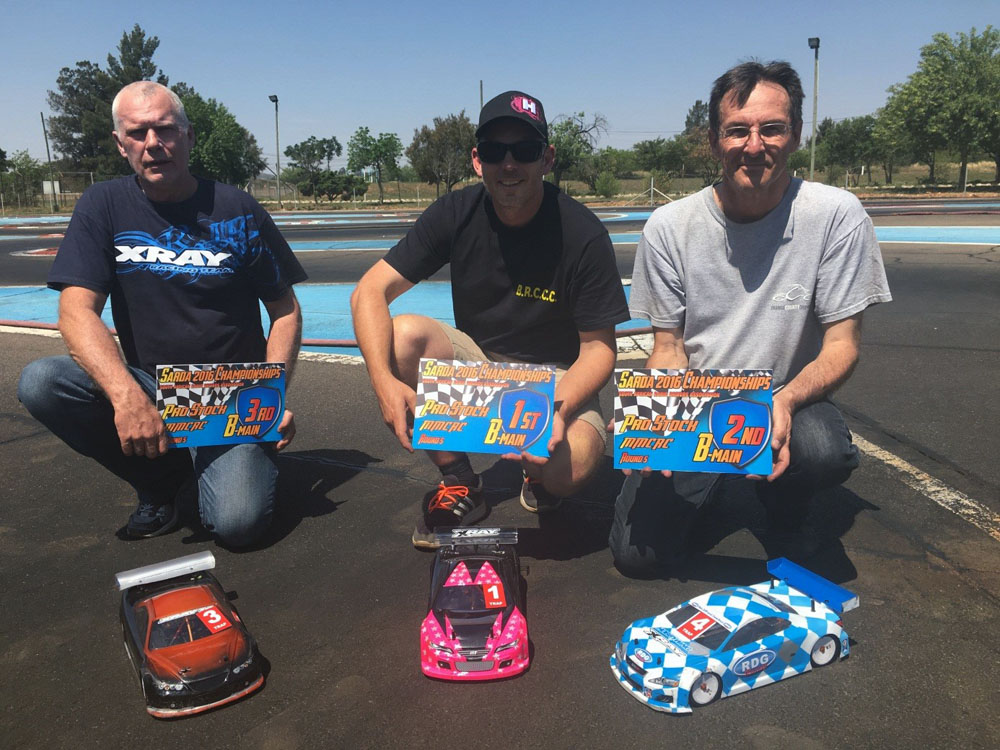 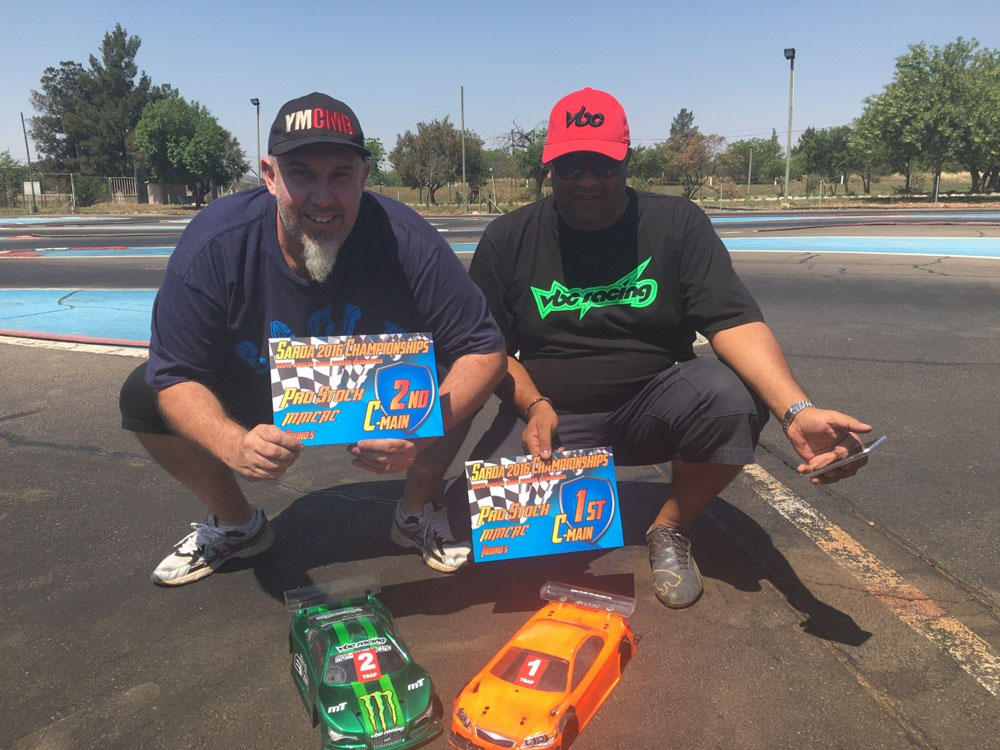 It was the consistent fast drivers Jonathan Wilken, Pedro de Gouveia and Tyronne Wilken who showed great pace from the start and dominated the event. There was also some great runs from new comers Pieter de Villiers and Hannes Kruger and the father-and-son due of Michael and Jared Rabe. Jonathan managed to take TQ and won final A1 and A2 and his brother Tyronne won A3. Hannes Kruger stayed consistent with a second, third and fourth place. 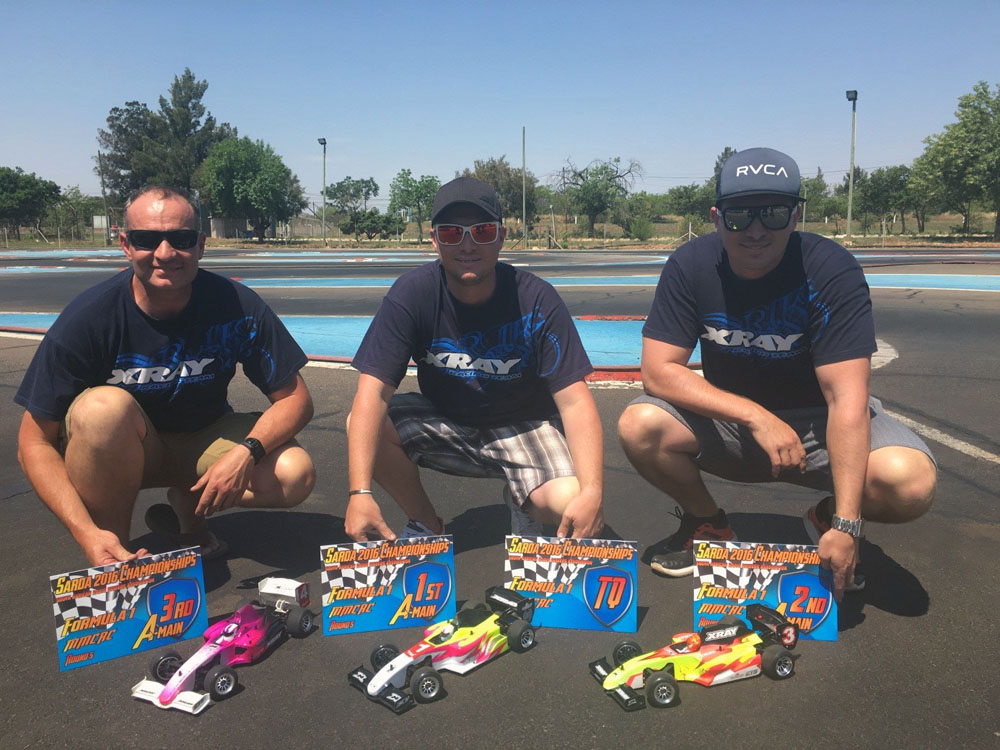 In the FWD class it was Hennie Viljoen who showed good early pace and consistency and managed to take the TQ from Paul van der Westhuizen. It was Christopher Dolphin who won A1 but Hennie bounced back with great drives to win both A2 and A3. There was a great battle for 2nd and 3rd between Christopher Dolphin, Ben Kriegler and Paul van der Westhuizen.